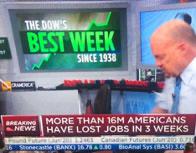 END_OF_DOCUMENT_TOKEN_TO_BE_REPLACED

By Alasdair Macleod – Re-Blogged From Goldmoney

Note: all references to inflation are of the quantity of money and not to the effect on prices unless otherwise indicated.

In last week’s article I showed why empirical evidence of fiat money collapses are relevant to monetary conditions today. In this article I explain why the purchasing power of the dollar is hostage to foreign sellers, and that if the Fed continues with current monetary policies the dollar will follow the same fate as John Law’s livre in 1720. As always in these situations, there is little public understanding of money and the realisation that monetary policy is designed to tax people for the benefit of their government will come as an unpleasant shock. The speed at which state money then collapses in its utility will be swift. This article concentrates on the US dollar, central to other fiat currencies, and where the monetary and financial imbalances are greatest.

END_OF_DOCUMENT_TOKEN_TO_BE_REPLACED 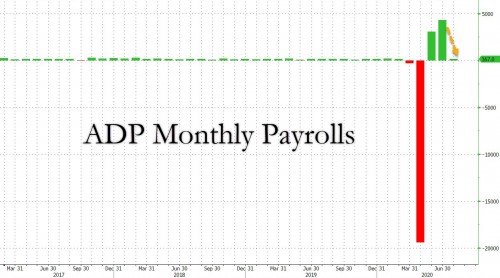 These pictures are worth thousands of words: 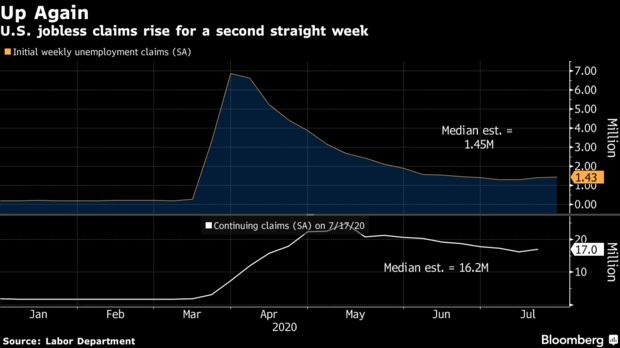 END_OF_DOCUMENT_TOKEN_TO_BE_REPLACED

One could quibble with this and say that, well, really, the central planners should use a different metric. This is not satisfying. It demands the retort, “if there is a better metric than GDP, then why aren’t they using it now?” GDP is, itself, supposed to be that better metric! Nominal GDP targeting is the darling central plan proposal of the Right, supposedly better than consumer price index and unemployment (as Modern Monetary Theory is the darling of the Left).

END_OF_DOCUMENT_TOKEN_TO_BE_REPLACED

People continually ask “when” will it happen? For the last 6 months we have responded “it is happening right before your very eyes”! In fact, as of this morning 52% of global markets are now down over 20% from their highs and qualifying as bear markets. Please understand the financial backdrop these weakening markets are falling into. Bluntly, the world is facing a giant margin call that cannot be met.

Liquidity had become extremely tight even as markets made their high water marks. It is this lack of liquidity which threatens to become a self-reinforcing flash crash to hell via margin calls. “Don’t worry” they say, central banks will come to the rescue. There is one fundamental problem with this line of thought, the value of the issued currencies themselves. There is zero mathematical way to service and pay off current debt with current currency values … currencies must be massively printed and thus devalued if they are to pay off the mountains of debt! Central banks created the problem, they will not be the solution. Rather, their demise will be part of the solution.

END_OF_DOCUMENT_TOKEN_TO_BE_REPLACED

Based the last few days’ headlines you’d never know the world is in year 10 of a pretty good expansion. Check this out:

Not terrified of a recession? These stocks hint you should be

What plunging oil prices tell us about stocks and the economy

Why Chinese authorities are freaking out

Note the strong words: “freaking out,” “plunging,” “slides,” “on verge of new crisis,” “terrified.” These headlines — which aren’t cherry-picked; they’re representative of what’s out there — display a palpable sense of panic.

END_OF_DOCUMENT_TOKEN_TO_BE_REPLACED

By Greg Walters -Re-Blogged From Seeker

An international team of researchers showed that artificial intelligence can make a killing on the stock market — and some real-world hedge funds are already trying it.

Scoring above-average returns on the stock market is notoriously hard — so hard, in fact, studies show even the most talented investors on Wall Street can’t do it reliably. But their problem might be that they’re just human.

END_OF_DOCUMENT_TOKEN_TO_BE_REPLACED

By Steve Saville – Re-Blogged From http://www.Silver-Phoenix500.com

“[Price discovery] is the process of determining the price of an asset in the marketplace through the interactions of buyers and sellers”, says Wikipedia. Perhaps not a perfect definition, but it’ll do. They add: “The futures and options market serve all important functions of price discovery.”

END_OF_DOCUMENT_TOKEN_TO_BE_REPLACED

I had intended to post part III of my interest rate series, however market conditions dictate that I post views on the current market.  This market is now communicating that it is at high risk.  For two months now,  I have been advocating a strategic retreat.  Head for the sidelines and watch the action with an unemotional detachment.  The market is now sounding the alarm and one should be on high alert for a downside acceleration.

END_OF_DOCUMENT_TOKEN_TO_BE_REPLACED

Most people see currency conversion as something simple that appears because of a need to change currency. The problem is that currency exchange is incredibly complicated and there are so many different things that are analyzed when the rates are calculated. The truth is that exchange rates will always have an impact on business and since the economic recession hit many companies, the impact is a lot higher at the moment. Drastic fluctuations will affect the entire global training market.

END_OF_DOCUMENT_TOKEN_TO_BE_REPLACED

By Gordon Long – Re-Blogged From http://www.Silver-Phoenix500.com

Over the last several years, beginning in 2013 I’ve made post titles like ‘Semi Bullish‘ in response to the bullish leading edge economic cycle indicator, the Semiconductor Equipment sector and its implications for broad stocks and the economy. Those implications of economic acceleration were along these lines… Semi Equipment Book-to-Bill (b2b) → Broad Semi → Manufacturing → Employment → Firm Economy. Shortly after the b2b was noted as bullish the SOX index and the S&P 500 broke out to new highs, not to even hint at looking back until the rocky 2015-2016 period.

END_OF_DOCUMENT_TOKEN_TO_BE_REPLACED

Gold has suffered a sharp pullback over the past couple weeks, stoking much bearish sentiment.  While a variety of factors fed this selloff, the precipitating catalyst was a gold-futures shorting attack.  These are relatively-rare episodes of extreme selling specifically timed and executed to manipulate gold prices lower rapidly.  Traders need to understand these events, which are inherently self-limiting and soon bullish.

Gold-futures shorting attacks are very real, with telltale volume and price signatures unlike anything else.  I’ve studied them for many years now, and have written extensively about them in our newsletters as they occur.  But it’s critical to realize these rare events are only responsible for a tiny fraction of all gold selling.  The vast majority of the time gold selloffs are driven by other far-more-normal factors, not shorting attacks.

END_OF_DOCUMENT_TOKEN_TO_BE_REPLACED

It is possible if one takes the right actions to make money and remain relatively unscathed in such an environment. One cannot say the same for the masses because they are walking with their eyes wide shut. In other words, they do not see what’s happening; their heads are stuck in the sand. They are oblivious to what’s going around, and if you try to warn them, they are apt to strangle you. This situation is strikingly similar to “Plato’s allegory of the cave.”

It is being used ubiquitously to control the masses and their perceptions.  The goal is to alter the perception; modify the perception and you change reality. You need to start positioning yourself to be in the land of neutrality when it comes to taking a stance. Neutral does not mean running and hiding in some zone. You should be able to look at the argument from both sides of the coin and agree with either side if necessary without becoming emotionally attached to the outcome.

END_OF_DOCUMENT_TOKEN_TO_BE_REPLACED

….The Fed has become increasingly political, and they have taken their role within the Plunge Protection Team, their legislative right from the President’s Working Group established in 1988 after the 1987 stock market crash, to greater heights, more frequent intervention, and intervention that occurs outside of a stock market crash environment which was the original intent. In other words, the Fed can print money, hand it to its Wall Street surrogates, and order the purchase of stock index futures to push the stock market higher, or to slow or stop declines.

END_OF_DOCUMENT_TOKEN_TO_BE_REPLACED

By Chris Vermeulen – Re-Blogged From http://www.Silver-Phoenix500.com

Nature functions in cycles: Each 24-hour period can be divided into smaller cycles of morning, afternoon, evening and night. The whole year can be divided into seasonal cycles. Similarly, one’s life can also be divided into cycles. Cycles are abundant in nature, we just have to spot them, understand them and be prepared for them because they happen whether we like it or not. Likewise, economic experts have noticed that the world also follows different cycles. An important pioneer in this field was the Russian social economist, Nikolai Kondratiev, also called Nikolai Kondratieff, a relatively unknown genius.