Skip to content
HomePosts tagged 'Nazi'
A weatherman for a National Public Radio (NPR) affiliate in Tacoma has been taken off the air for a personal blog post that shows in vivid detail the destruction two months of incessant rioting and protests have wrecked on Seattle.

The NPR affiliate took issue with Cliff Mass’ comparison of the destruction in Seattle to Kristallnacht, the “Night of Broken Glass” in 1938, where rioters destroyed Jewish owned stores, buildings, and houses of worship while German authorities looked on without intervention and even encouraged the violence.

This is the passage that got him into trouble:

I recently had the opportunity to see the excellent 2017 film Darkest Hour, about British Prime Minister Winston Churchill’s struggle to keep the United Kingdom in the fight against the Nazis, even as members of his own government pressured him to capitulate. Gary Oldman’s portrayal of the tough-as-nails leader is at turns tender and rousing—and very well deserving of the Best Actor Oscar.

I’d recommend the film to anyone, whether they’re a student of World War II or not. 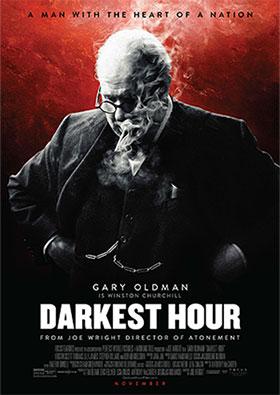 END_OF_DOCUMENT_TOKEN_TO_BE_REPLACED

By Reva Goujon – Re-Blogged From https://worldview.stratfor.com

A lot of history is being casually tossed around these days. We see it from energized segments of the “alt-right” throwing up Nazi salutes, calling for a “revolution” against “the Bolsheviks” and marching to chants like “Jews will not replace us.” We see it from their anti-fascist adversaries on the left, branding themselves antifa, a movement that draws its roots from the Antifaschistische Aktion resistance from 1930s Germany. We see it from world leaders when Turkish President Recep Tayyip Erdogan brazenly calls his German and Dutch counterparts Nazis and fascists and when U.S. President Donald Trump ardently defends Confederate statues as symbols of “heritage not hate.” We see it from jihadist groups like the Islamic State when a member of the Barcelona attack cell calling himself Abu Lais of Cordoba spookily reminds Spanish Christians to remember “the Muslim blood spilled” during the Spanish Inquisition as the group fights to reincorporate “Al Andalus” into a revived caliphate.

END_OF_DOCUMENT_TOKEN_TO_BE_REPLACED

By Martin Durkin – Re-Blogged From http://www.martindurkin.com

Picture the scene.  At the edge of a forest, German soldiers point their guns at rows of naked people who follow the Jewish religion.  Among them are young mothers clutching their babies.  The shots echo through the woods and the dead bodies fall into the ground.  Down the road, while this is happening, their German army comrades are busy establishing nature walks and bird sanctuaries and planting trees.  The Nazis conducted horrific experiments on children (I have seen footage so upsetting it can’t be shown on TV) but at the same time they banned medical experiments on animals.  The same Nazi monsters who committed crimes of unimaginable barbarity also advocated vegetarianism, organic agriculture, forest preservation and homeopathic healthcare.  How can we possibly explain this?  What was the connection between the inhuman brutality of the Nazis and their gushing idealization of ‘Nature’?

The purpose of exploring Nazi environmentalism is not just to upset the greens.  If environmentalism were a curious but peripheral aspect of National Socialism, it would be of no real historical interest.  Environmentalists could be forgiven for saying, Ah well, it just goes to show, there’s a little bit of good in the worst of us.  But environmentalist ideology was not an accidental, optional-extra to National Socialism.  As we shall see, green ideas were at the core of Nazi thinking.  The German Volk and Nazi movements marched beneath the banners of ‘Nature’ and the ‘organic’.  However, what follows here is not simply a potted history of Nazi environmentalism.  It is, at the same time, a brief history of early environmentalism writ large.  As will become clear, it is not so easy to draw a line between two types of green thinking.