The crude oil price rally has been completely destroyed, though I’ll admit I was wrong when I predicted crude oil prices would plummet in March or April as the perfect storm developed against oil prices. Instead, they rallied. In spite of that, I continued to believe my error was in timing and not in fact — not in the fact that another harsh fall in oil prices was beating a path to our doors.

Crude oil prices beaten down by a storm still building

So, I continued to write articles about the forces building against oil prices, even in the face of a strong rally, which many believed would set a new position for oil for the remainder of 2016. That storm has, as of today, completely clawed back the post-March rally by taking crude oil prices back to a three month low and to where they stood at the start of the year as well. West Texas Intermediate just struck $42/barrel today.

END_OF_DOCUMENT_TOKEN_TO_BE_REPLACED

The Saudi Deputy Crown Prince went even further than that by stating if ANY nation does not sign on to a production freeze, “then we will not reject any opportunity that knocks on our door,” by which he means any opportunity to ramp up crude oil production and sell more oil.

And here is what that means for the OPEC meeting in Doha this month that has raised hopes that I believed to be absurd in the first place: 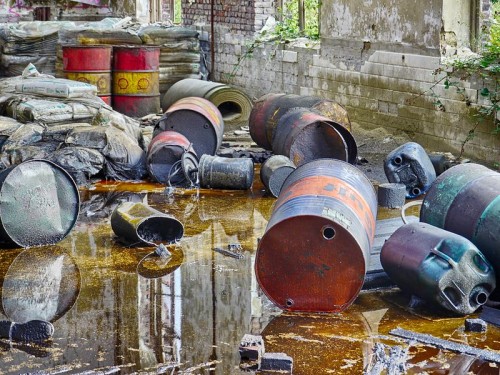 The actions and intentions of Saudi Arabia and Russia—the two largest oil-producing nations attending the Doha meeting on 17 April—have dashed all hopes of any fruitful outcome. The most important meeting of the last three decades, which has promised to forge new friendships and a new cartel, is turning out to be the biggest farce, even before the curtain is raised.

The recent announcements from Saudi Arabia outlining the plan to create a $2 trillion fund to reduce dependency on oil and reports of austerity plans indicate that the Kingdom is not taking the Doha meeting seriously. It also seems to be sending a message to the others that it will not buckle under any sort of pressure, and it is readying its Plan B.

The Doha meeting will turn out to be a total disaster and the sentiment will be further damaged if the participating members don’t release a common statement. Forget about the production freeze. Listen carefully, Bears can be heard sharpening their claws ahead of the meeting. (OilPrice.com)

Meanwhile, what do Russia’s actions (the other key player in this agreement to talk about an agreement) say about the likelihood of success? Russia’s production has worked its way up since talk about having a talk began to a new thirty-year high!

Oil production in Iraq has also picked up so much that there is standing room only in the Persian Gulf:

Oil tankers are caught in a traffic jam near the Iraqi port of Basra, causing delays in loading. According to Reuters, around 30 very large crude carriers (VLCCs) are sitting in the Persian Gulf, and the backlog could cost ship owners more than $75,000 per day. Some could be waiting for weeks to reach the port…. The culprit is high oil production in Iraq. The port at Basra is struggling to load up all the oil tankers fast enough, forcing some to sit and wait…. And the line of tankers appears to be growing. The gridlock is forcing up the cost of renting an oil tanker. That, combined with the shrinking capacity of available storage in China is pushing up tanker rates in Asia as well. (OilPrice.com)

As storage becomes less available on land and sea, the price of storage goes up (supply and demand again). As ships has become backlogged, the price of shipping has nearly doubled. Increases in the cost of moving and storing crude oil, put additional downward pressure on how much people are willing to pay for crude oil. So, while supply (production) is still rising in many parts of the world, demand for more crude is going to fall, as it gets pricy to have it just sitting around.

In spite of ramping up it’s production, Iraq is one of five OPEC nations on the brink of financial disaster, due in large part to the current low oil prices — the others being Venezuela, Nigeria, Libya, and Algeria. So, these smaller nations talk of hope for the Doha meeting, while the larger nations give no rational basis for hope.

One has to wonder how long it will be before some architect of human chaos decides the way to resolve this crisis for the oil and banking industries is with a Middle-East war that crushes supply lines and knocks out production. Let’s hope not, but history has its example wars that look like they had such motivation.

So far, there is a growing storm of reasons to stay with my prediction that the price of oil is going to go back down. As I published my article yesterday to that effect, the price of oil was going up rapidly; but I look at the fundamentals and see a lot more downside … and stay with that.

Oil, oil everywhere, and almost nowhere left to put it.