By Chuck DeVore – Re-Blogged From For News

Political leaders in a college town in central Texas won wide praise from former Vice President Al Gore and the larger Green Movement when they decided to go “100 percent renewable” seven years ago. Now, however, they are on the defensive over electricity costs that have their residents paying more than $1,000 per household in higher electricity charges over the last four years.

That’s right – $1,219 per household in higher electricity costs for the 71,000 residents of Georgetown, Texas, all thanks to the decision of its Republican mayor, Dale Ross, to launch a bold plan to shift the city’s municipal utility to 100 percent renewable power in 2012 when he was on the city council.

END_OF_DOCUMENT_TOKEN_TO_BE_REPLACED 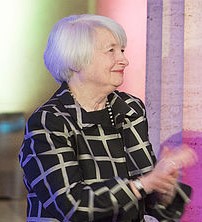 In a surprisingly candid admission, two former Federal Reserve chairs have stated that the Federal Reserve alone is responsible for creating all recessions in the United States. 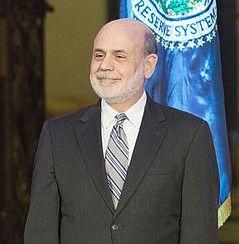 Expansions don’t die of old age. They get murdered.

END_OF_DOCUMENT_TOKEN_TO_BE_REPLACED

Listen at DOWNLOAD MP3 or read the podcast below!

Coming up Michael Pento of Pento Portfolio Strategies joins me for a conversation you will not want to miss. Michael weighs in on the recent words from Fed Chair Jerome Powell and why he believes the initial reaction from Wall Street about what the Fed will now be doing on interest rates is misguided, and he reveals the inside scoop on why he’s been blackballed by CNBC and others in the mainstream financial media. So, make sure you stick around for an explosive conversation with Michael Pento, coming up after this week’s market update.

END_OF_DOCUMENT_TOKEN_TO_BE_REPLACED

Wall Street shills are in near perfect agreement that the bond market is not in a bubble. And, even if there are a few on the fringes who will admit that one does exist, they claim it will burst harmlessly because the Fed is merely gradually letting the air out from inside. However, the fact that we are in a bond bubble is beyond a doubt—and given the magnitude of the yield distortions that exist today, the effects of its unwinding will be epoch.

Due to the risks associated with inflation and solvency concerns, it should be a prima facie case that sovereign bond yields should never venture anywhere near zero percent—and in some cases, shockingly, below zero percent. Even if a nation were to have an annual budget surplus with no inflation, it should still provide investors with a real, after-tax return on government debt. But in the context of today’s inflation-seeking and debt-disabled governments, negative nominal interest rates are equivalent to investment heresy.

END_OF_DOCUMENT_TOKEN_TO_BE_REPLACED

On Wednesday, the FOMC will hike the fed funds rate again and promise three or four additional hikes in 2019. But be aware that this forecast is far from being a done deal.

Once the FOMC statement is released at 2:00 pm EDT on Wednesday—and once Chairman Powell concludes his press conference some 90 minutes later—you will be bombarded with analysis of how great things are, how the Fed may be “behind the curve” and how several more rate hikes will be forthcoming in 2019. But are these forecasts accurate, and what will be the impact on precious metal prices should the outlook change?

END_OF_DOCUMENT_TOKEN_TO_BE_REPLACED

Powell and Co. hiked again. And the FOMC removed the important phrase about “accommodative” stance. What now for gold?

Yesterday, the FOMC published the monetary policy statement from its latest meeting that took place on September 25-26. In line with the expectations, the US central bank raised the federal funds rate by 25 basis points to the target range of 2 to 2.25 percent:

END_OF_DOCUMENT_TOKEN_TO_BE_REPLACED

JPMorgan Chase CEO Jamie Dimon sees ‘chance of market panic’
– In annual letter to shareholders Dimon warns of increased inflation and interest rates
– Concerned QE unwinding could cause chaos as ‘markets will get more volatile’
– Hard to look at the last 20 years in America “and not think that it has been getting increasingly worse.”
– Positive about US economy over next year, but ignores record levels of world and government debt
– Believes major buyers of US debt (e.g. China) could reduce their purchases of US government debt
– Investors can protect portfolios with gold and silver bullion
– U.S. debt and dollar crisis coming which will propel gold higher (see chart)

END_OF_DOCUMENT_TOKEN_TO_BE_REPLACED

By Adam Hamilton – Re-Blogged From http://www.ZealLLC.com

The US dollar has fallen rather sharply over the past year or so, despite ongoing Fed rate hikes. This persistent dollar weakness has really boosted gold. There’s a fascinating interplay between these two currencies and futures speculators’ expectations for Fed rate hikes. These traders hang on every word from top Fed officials, which greatly influences their trading. So these relationships are important to understand.

In late December 2016, the venerable US Dollar Index surged to an incredible 14.0-year secular high. That was just a couple weeks after the Federal Reserve’s second interest-rate increase of this hiking cycle. Top Fed officials were forecasting three more rate hikes in 2017, fueling euphoric sentiment in this top reserve currency. Everyone believed higher prevailing interest rates would prove very bullish for the dollar.

END_OF_DOCUMENT_TOKEN_TO_BE_REPLACED

The unnaturally-tranquil stock markets suddenly plunged over this past week. Volatility skyrocketed out of the blue and shattered years of artificial calm conjured by extreme central-bank distortions. This was a huge shock to the legions of hyper-complacent traders, who are realizing stocks don’t rally forever. With stock selling unleashed again, herd psychology will start shifting back to bearish which will fuel lots more selling.

As a contrarian student of the markets, I watched stocks’ recent mania-blowoff surge in stunned disbelief. On fundamental, technical, and sentimental fronts, the stock markets were as or more extreme than their last major bull-market toppings in March 2000 and October 2007! I outlined all this in an essay on these hyper-risky stock markets on 2017’s final trading day. The ominous writing was on the wall for all willing to see.

END_OF_DOCUMENT_TOKEN_TO_BE_REPLACED

Gold has been battered lower in recent months as gold-futures speculators fled in dread of the Fed-rate-hike boogeyman. As universally expected, the Fed’s 5th rate hike of this cycle indeed came to pass this week. When gold didn’t collapse as irrationally feared, the cowering futures traders were quick to start returning. Past Fed rate hikes have actually proven very bullish for gold, and this latest one will be no exception.

END_OF_DOCUMENT_TOKEN_TO_BE_REPLACED

Since 2007, the world has packed on a truly staggering amount of Debt.  That year (2007) is now commonly referred to as a debt bubble. At that time, global debt was $149 trillion.

Put another way, the world has packed on another $68 trillion in debt since the last debt bubble. In terms of Debt to GDP, the world has risen from 276% in 2007 (an already insane amount) to 327%.

END_OF_DOCUMENT_TOKEN_TO_BE_REPLACED

Wolf Richter on the X22 Report. Re-Blogged From Wolf Street

“The debt needs to blow up. It needs to go way. There is too much debt.”

All of a sudden the Fed got a little tougher. Perhaps the success of the hit movie Wonder Woman has inspired Fed Chairwoman Janet Yellen to discard her prior timidity to show us how much monetary muscle she can flex when the time comes for action.

Although the Fed’s decision this week to raise interest rates by 25 basis points was widely expected, the surprise came in how the medicine was administered. Most observers had expected a “dovish” hike in which a slight tightening would be accompanied by an abundance of caution, exhaustive analysis of downside risks, and assurances that the Fed would think twice before proceeding any farther. But that’s not what happened. Instead Yellen adopted what should be viewed as the most hawkish policy stance of her chairmanship.