Blackouts Expose Perils And Costs Of California’s ‘Electrify Everything’ Push

The blackouts that hit California over the past few days exposed the fragility of one of the most-expensive and least-reliable electric grids in North America. They also show that California’s grid can’t handle the load it has now, much less accommodate the enormous amount of new demand that would have to be met if the state attempts to “electrify everything.”

END_OF_DOCUMENT_TOKEN_TO_BE_REPLACED

The NSW government has offered support in the form of improved grid infrastructure and streamlined approvals for new wind farm projects in designated renewable energy zones.

The government program is designed to attract investors to build 3000 megawatts of new wind and solar farms worth an estimated $4.4 billion in the state’s first renewable energy zone around Dubbo, but has instead drawn proposals for 27,000MW in so-called 113 registrations of interest, the Berejiklian government said.

END_OF_DOCUMENT_TOKEN_TO_BE_REPLACED

h/t JoNova; Aussie Federal MP Keith Pitt has urged the coal rich Queensland State Government to disconnect from the national grid, to stop demand from states which make “poor decisions” from driving up electricity prices when their renewable systems fail to deliver.

Imagine if states like California were cut off from their imported power, if they had to generate their own reliable electricity.

Critics of Keith Pitt’s plan have suggested that coal rich Queensland only built all that capacity because they service demand from other states.

But looking at the Energy Action website, it seems likely that by servicing demand from the renewable heavy grids of other states, Queensland may be importing some of their electricity price volatility.

As the recent WUWT BlueScope Steel article demonstrates, messing up your electricity grid with virtue signalling renewables, even indirectly, has real economic consequences.

From Penn State University and the “but we guarantee you there’s no predictability limit in climate science” department comes this interesting study.

UNIVERSITY PARK, Pa. — In the future, weather forecasts that provide storm warnings and help us plan our daily lives could come up to five days sooner before reaching the limits of numerical weather prediction, scientists said.

“The obvious question that has been raised from the very beginning of our whole field is, what’s the ultimate limit at which we can predict day-to-day weather in the future,” said Fuqing Zhang, distinguished professor of meteorology and atmospheric science and director of the Center for Advanced Data Assimilation and Predictability Techniques at Penn State. “We believe we have found that limit and on average, that it’s about two weeks.”

END_OF_DOCUMENT_TOKEN_TO_BE_REPLACED

By GWPF TV – Re-Blogged From WUWT

As an example of the first type, consider the Western Wind and Solar Integration Study performed by GE under contract to NREL (National Renewable Energy Lab). One of their conclusions is the following [1]:

“There appears to be minimal stress on system operations at up to 20% wind penetration. Beyond that point, the system’s operational flexibility is stretched, particularly if the rest of WECC is also aggressively pursuing renewables.”

END_OF_DOCUMENT_TOKEN_TO_BE_REPLACED

Amid hundreds of graphs, charts and tables in the latest World Energy Outlook (WEO) released last week by the International Energy Agency, there is one fundamental piece of information that you have to work out for yourself: the percentage of total global primary energy demand provided by wind and solar. The answer is 1.1 per cent. The policy mountains have laboured and brought forth not just a mouse, but — as the report reluctantly acknowledges — an enormously disruptive mouse.

The report confirms what should have been obvious from the start: the more “variable” wind and solar are introduced into any electricity system, the more they make it both more expensive and less reliable.David McNew/AFP/Getty Images

END_OF_DOCUMENT_TOKEN_TO_BE_REPLACED

growing number of US cities and states have proposed or even passed legislation that would require producing all electricity from renewable energy sources like solar and wind within a few decades. 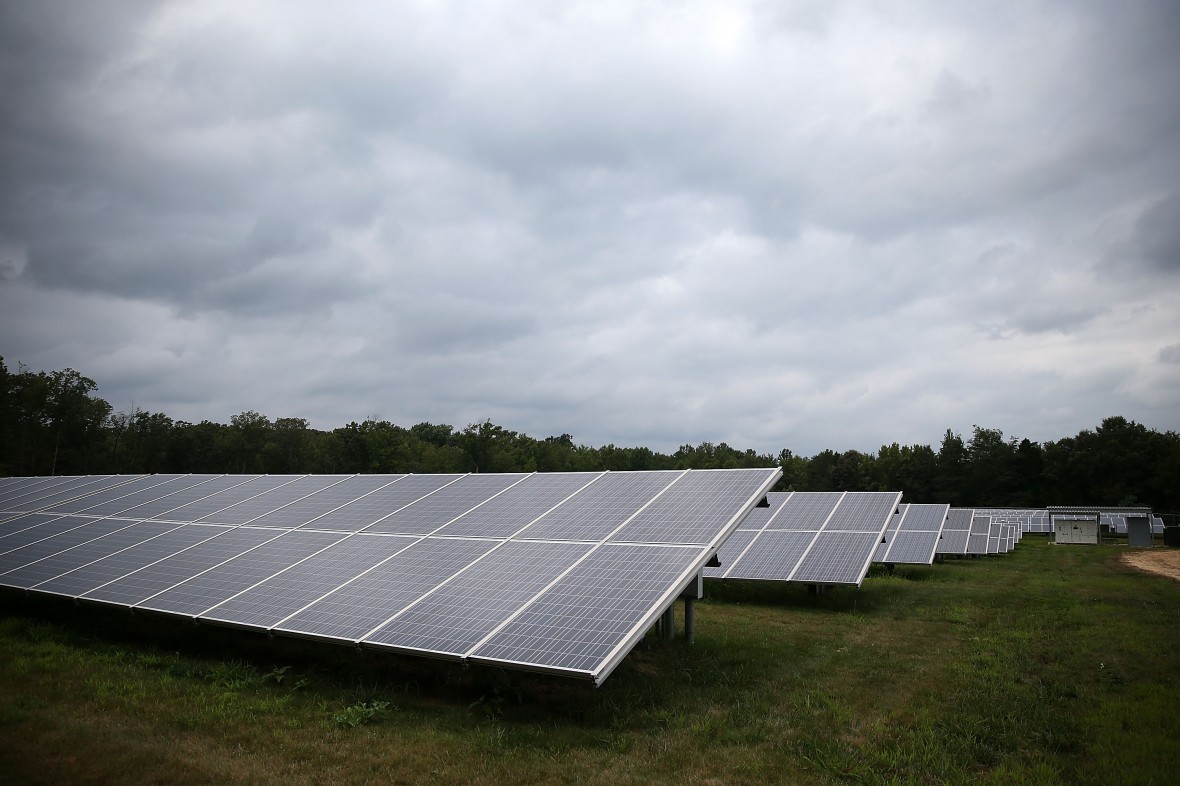 END_OF_DOCUMENT_TOKEN_TO_BE_REPLACED

Trying to pin down the arguments of wind promoters is a bit like trying to grab a greased balloon. Just when you think you’ve got a handle on it, it morphs into a different story and escapes your grasp. Let’s take a quick highlight review of how things have evolved with merchandising industrial wind energy.

1 – Wind energy was abandoned for most commercial and industrial applications, well over a hundred years ago. Even in the late 1800s it was totally inconsistent with our burgeoning, more modern needs for power. When we throw the switch, we expect that the lights will go on – 100% of the time. It’s not possible for wind energy, by itself, to EVER do this, which is one of the main reasons it was relegated to the archival collection of antiquated technologies (along with such other inadequate energy sources as horse and oxen power).