By David Haggith – Re-Blogged From The Great Recession Blog
As September rolled into October, the US central bank’s monetary madness blew all over us like a fountain of foam in a windstorm. First, the Fed burst into $75 billion in overnight funding operations due to obvious shortages all over the map in bank reserves. Then the surge spread beyond that into longer-term temporary funding of $30 billion twice a week because the overnight loans were not up to the needs. That still not being enough to end the troubles, the Fed’s rapidly expanded the overnight operations to $100 billion and doubled the term operations to $60 billion. Those operations still did not end the troubles the Fed’s tightening had created, so the Fed decided to flood the murky money pools of this world with $60 billion in frothy treasury purchases.
Although this money was permanent reinflation of the Fed’s balance sheet (unlike the temporary overnight and term repos), the Fed told us they are not QE (never mind that exactly like all previous QE, they give new fiat money with interest to primary treasury dealer banks that buy treasuries from the US government). The banks rushed in with more than four times the offers to resell treasuries they had purchased from the government to the Fed than what the Fed was willing to buy. 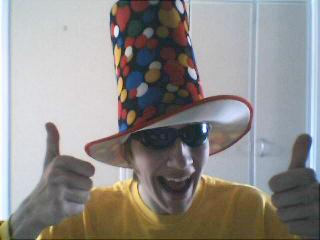 END_OF_DOCUMENT_TOKEN_TO_BE_REPLACED

Something happened in the credit market this week. A Barron’s article about it began:

“There have been disruptions in the plumbing of U.S. markets this week. While the process of fixing them was bumpy, it was more of a technical mishap than a cause for investor concern.”

Keep Calm and Carry On

So, before they tell us what happened, they tell us it’s just plumbing, it’s been fixed, and that we should not be concerned.

The article asserts that the reasons for the problem:

“…are technical and temporary, which means investors shouldn’t worry about a credit crunch or other fundamental problems with markets and the economy.”