Tesla competitor Lucid Motors claims its Air electric sedan will have a whopping 517 miles (832 km) on a single charge, beating out Tesla’s current range king, the Model S with an estimated 402 miles.

The California-based startup is still planning to make an official announcement of a production version of the Air in September, with first deliveries scheduled for early 2021, according to The Verge.

While the Model S falls short of the Air’s now Environmental Protection Agency-certified range of 517 miles, Tesla’s upcoming models including the Roadster and Semi trucks will have ranges in the 500 mile range and above.

It’s stylized like a Nintendo Game Boy, but you won’t be able to play “Super Mario Land” on it.

Instead, the $25,000 device is designed to emulate the signal from a whole host of car makers’ key fobs. In other words, The Drive reports, it’s a skeleton car key — a devious gadget that lets you steal almost any modern car.

The SOS Key Tool is being sold by SOS Autokeys, a Bulgarian company that claims it doesn’t want to break any laws, according to The Drive. But potential owners won’t have to go through a background check, either. So, uh, we’re sure that everything they do will be perfectly legit.

END_OF_DOCUMENT_TOKEN_TO_BE_REPLACED

As more and more electric vehicles hit the market, it would be reasonable to assume that sales of EVs would be rising consistently. However, according to new figures, that’s not the case.

The Los Angeles Times reports that while 45 new all-electric and plug-in hybrids debuted in the U.S. last year, just 325,000 EVs and plug-in hybrids were sold across the nation in 2019, a fall of 6.8 per cent from the 349,000 of the year prior. Numbers regarding how many EVs were sold in California last year aren’t available quite yet. 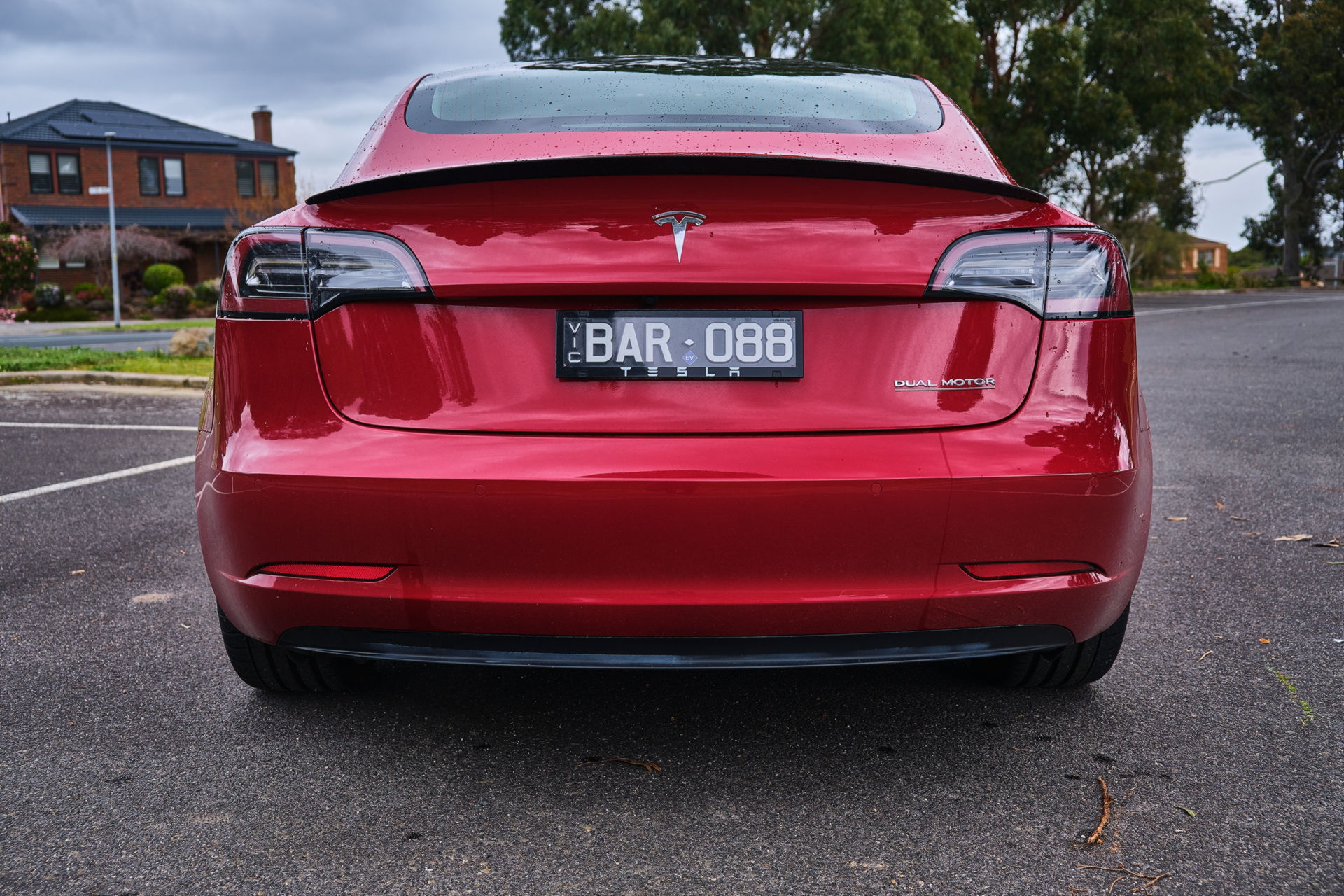 END_OF_DOCUMENT_TOKEN_TO_BE_REPLACED

On Sunday, a Tesla Model S sedan left a freeway in Gardena, California, at a high speed, ran a red light and struck a Honda Civic, killing two people inside, police said.

On the same day, a Tesla Model 3 hit a parked firetruck on an Indiana freeway, killing a passenger in the Tesla.

And on Dec. 7, yet another Model 3 struck a police cruiser on a Connecticut highway, though no one was hurt.

END_OF_DOCUMENT_TOKEN_TO_BE_REPLACED

By Rud Istvan, – Re-Blogged From WUWT

This is the third in a six part series.

Here are links to Part 1 and Part 2~ctm

The second SoCalEd component to its roadmap to decarbonization by 2045 is 75% vehicle electrification.

Thanks to the California DMV annual registration database, we can learn what that implies. There were in 2018 about 25.6 million registered automobiles, 5.3 million non-CVRA trucks (pickups, delivery vans), 0.5 million CVRA trucks (Class 7-8 diesels), and 1.8 million ‘Foreign IRP’ trucks (CVRA licensed in another state but also registered to operate in California). The total is about 33.2 million vehicles excluding trailers and motorcycles. Since it is impossible (despite Elon Musk’s TESLA fantasies) for working pickups and big trucks to be meaningfully electrified with foreseeable battery technology, the SoCalEd roadmap implicitly means virtually all automobiles (25.6/33.2=>77%) will be full electric in 2045.

END_OF_DOCUMENT_TOKEN_TO_BE_REPLACED

Global electric-car sales fell for the first time on record in July after China scaled back purchase subsidies, highlighting the role government assistance is having on the burgeoning market.

END_OF_DOCUMENT_TOKEN_TO_BE_REPLACED

By Ronnie Schreiber – Re-Blogged From TTAC

Let’s say you manage one of the soon-to-be-closed Tesla factory-owned stores and, for whatever reason, you have dozens of brand new Model 3 EVs sitting unsold on your lot. What are you going to do if one of them has a discharged battery? As car dealers learned a long time ago in the gasoline era, batteries won’t keep a charge forever and cars sitting for a long time sometimes need a boost to their batteries.

That’s true whether it’s a conventional 12 volt lead-acid battery for an ICE-powered vehicle’s electrical system or it’s the lithium-ion battery pack that powers a EV. That’s why car dealerships for conventional vehicles have battery tenders, heavy duty chargers that can be wheeled around the lot to whichever car might have a dead starter battery.

END_OF_DOCUMENT_TOKEN_TO_BE_REPLACED

“In Q3 last year, we were able to make a 4% profit. While small by most standards, I would still consider this our first meaningful profit in the 15 years since we created Tesla. However, that was in part the result of preferentially selling higher priced Model 3 variants in North America. In Q4, preliminary, unaudited results indicate that we again made a GAAP profit, but less than Q3. This quarter, as with Q3, shipment of higher priced Model 3 variants (this time to Europe and Asia) will hopefully allow us, with great difficulty, effort and some luck, to target a tiny profit.”

“However, starting around May, we will need to deliver at least the mid-range Model 3 variant in all markets, as we need to reach more customers who can afford our vehicles. Moreover, we need to continue making progress towards lower priced variants of Model 3. Right now, our most affordable offering is the mid-range (264 mile) Model 3 with premium sound and interior at $44k. The need for a lower priced variants of Model 3 becomes even greater on July 1, when the US tax credit again drops in half, making our car $1,875 more expensive, and again at the end of the year when it goes away entirely.”

END_OF_DOCUMENT_TOKEN_TO_BE_REPLACED

By Rud Istvan, – Re-Blogged From WUWT

This is the first of two loosely related technology posts that ctm suggested might be interesting to WUWT. In full disclosure, the details stem from my financial interests in energy storage materials and related topics, having spent much time and money since 2007 on fundamental now globally issued energy storage materials patents for supercapacitance (the Helmholtz double layer physics that creates lightning in thunderstorms). Some of the info cited below is slightly dated because I was too lazy to make everything current. Some of this info was borrowed from my ebook The Arts of Truth and from a 2017 Climate Etc post. All conclusions nevertheless remain valid.

END_OF_DOCUMENT_TOKEN_TO_BE_REPLACED

Tesla Inc. shares fell nearly 9 percent on Friday as the resignation of its chief accounting officer after just a month at work spooked investors amid another social media storm around billionaire chief executive Elon Musk.

The company, hurt in the past month by Musk’s high-profile U-turn on a deal to take it private, said Chief Accounting Officer Dave Morton had resigned, citing discomfort with the level of public attention and pace of work.

END_OF_DOCUMENT_TOKEN_TO_BE_REPLACED

By Paul Driessen – Re-Blogged From http://www.WattsUpWithThat.com

The first justification was that internal combustion engines polluted too much. But emissions steadily declined, and today’s cars emit about 3% of what their predecessors did. Then it was oil imports: electric vehicles (EVs) would reduce foreign dependency and balance of trade deficits. Bountiful oil and natural gas supplies from America’s hydraulic fracturing revolution finally eliminated that as an argument.

Now the focus is on climate change. Every EV sale will help prevent assumed and asserted manmade temperature, climate and weather disasters, we’re told – even if their total sales represented less than 1% of all U.S. car and light truck sales in 2016 (Tesla sold 47,184 of the 17,557,955 vehicles sold nationwide last year), and plug-in EVs account for barely 0.15% of 1.4 billion vehicles on the road worldwide.

END_OF_DOCUMENT_TOKEN_TO_BE_REPLACED

From NyTeknik: h/t to Don Shaw (translated) – Re-Blogged From http://www.WattsUpWithThat.com

Ooops, looks like those “saving the planet” Tesla snobs just got their eco-ride de-pimped 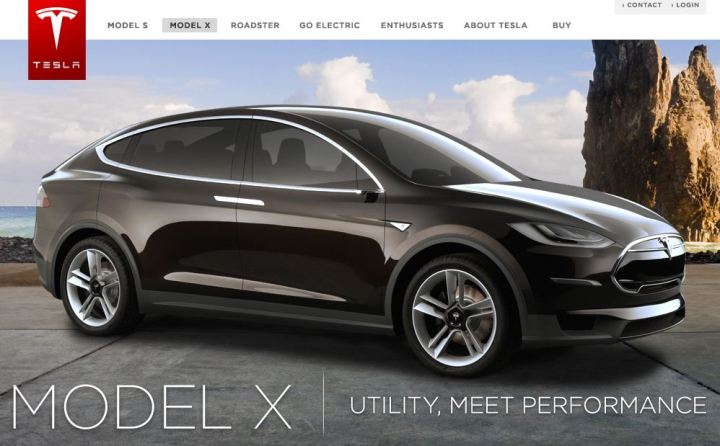 END_OF_DOCUMENT_TOKEN_TO_BE_REPLACED

By Karla Lant – Re-Blogged From Futurism

Elon Musk confirmed on Twitter that the Autopilot release for HW2 Suite Teslas will go wide next weekend. In addition to improved safety, Tesla drivers can expect “additional smoothness” and “improvements to longitudinal control” from the update.

This Sunday afternoon, Elon Musk tweeted about the imminent Autopilot release for HW2 Suite Teslas which, as promised, will launch next weekend.

END_OF_DOCUMENT_TOKEN_TO_BE_REPLACED

By Frank Holmes – Re-Blogged From http://usfunds.com

Near the extinct volcano known as Monte Pissis, high in the Andes on the Chile-Argentina border, the air is thin and animal life scarce. It’s also a prime location for lithium, the silvery-white metal used in the production of lithium-ion batteries.

According to Sam Pelaez, an analyst on our team who recently visited the deposit, the seasonal meltdown of the snowy peaks collects lithium, sodium and other minerals from the soil and underwater hot springs, all of which flows down to the flats and settles—hence the name salt flats or, in Spanish, salares. Over long periods of time, with seasonal temperature variations, the salt builds a crust on top of the “lake,” making for a stunning landscape. Under the crust are high concentrations of lithium.

END_OF_DOCUMENT_TOKEN_TO_BE_REPLACED

Well, the man who has made billions with a “b” by sponging off of your taxpayer dollars, the man you can always find face-down at the government trough, is at it again.

Elon Musk now says that his whiz-bang glass solar roofing shingles will be, get this, cheaper than a “normal” roof, viz:

END_OF_DOCUMENT_TOKEN_TO_BE_REPLACED

Shares of SolarCity nose-dived on Tuesday after disclosing earnings results that cast gloom over the provider of solar systems. The big problems for the solar company: The quarterly report disclosed a loss that was bigger than expected, and management followed that up with a dismal outlook for future results. So far in 2016, SolarCity shares have plummeted 65 percent. –George Avalon, Silicon Beat, 10 May 2016

The real problem with Tesla cars is that no one actually buys them. Well, not directly. Their manufacture is heavily subsidized — and their sale is heavily subsidized. Tesla does not make money by selling cars, either. It makes money by selling “carbon credits” to real car companies that make functionally and economically viable vehicles that can and do sell on the merits — but which are not “zero emissions” vehicles. It is estimated that Musk’s various ventures — including his new SolarCity solar panel operation and SpaceX — have cost taxpayers at least $4.9 billion, with Tesla accounting for about half of that dole. –Eric Peters, The Detroit News, 9 May 2016

END_OF_DOCUMENT_TOKEN_TO_BE_REPLACED

Lighter Cheaper More Powerful Battery Changes Renewable Economics
It is not often on SLB that I use the phrase “game-changer.”  Most things progress, if they progress at all, in small increments.  This time, though, is one of those that deserves the phrase game-changer.

The innovation is the low-cost, light-weight but powerful battery developed by Nobel prize-winner Alan Heeger, PhD of the University of California at Santa Barbara (UCSB).  The company is Biosolar .  see link to http://www.biosolar.com

The battery is suitable for mobile and stationary applications such as cars, trucks, grid stabilization, home power storage, and others.   The innovation is the use of the Nobel prize-winning plastic-that-acts-like-a-metal, haologenated polyacetylene.

END_OF_DOCUMENT_TOKEN_TO_BE_REPLACED

There’s a new study out, under the imprimatur of the Energy Institute of the Haas School of Business in Berkeley, California, entitled The Distributional Effects of U.S. Clean Energy Tax Credits.  As the title implies, it looks at who actually profited from the various “green energy” tax credits across the United States. SPOILER ALERT! It wasn’t the poor folks.

How much money are we talking about? Well, the paper says that from 2006 to 2012, the taxpayers have been on the hook for $18 BILLION DOLLARS to fund these subsidies, money that would have otherwise gone into the General Fund.

And just how much money is eighteen billion dollars? Here’s one way to think about eighteen gigabucks, regarding safe, clean drinking water.

Water Wells for Africa reports from their ongoing projects that on average it has cost them about $3.50 per person ($7,000 per well serving 2,000 people) to provide people with clean safe well water. So eighteen billion dollars is enough money to drill drinking water wells for three-quarters of the world’s 7 billion inhabitants. (Yes, I know that’s a gross simplification, some folks don’t live over a subterranean water table, and so on, but it is still enough money to drill the two and a half million wells that would be needed.)