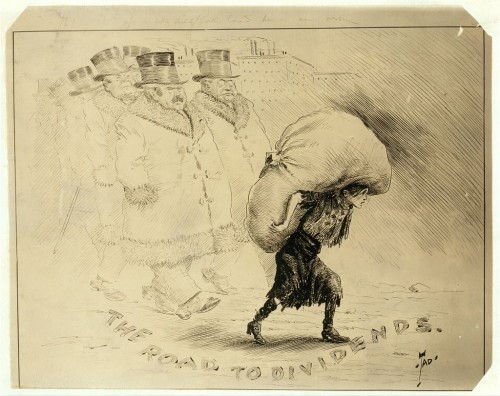 Want to see a crystal-clear picture of who has been helped the most by decades of trickle-down economics, who has gone nowhere and who has actually gone slightly downhill? Well, here you go: 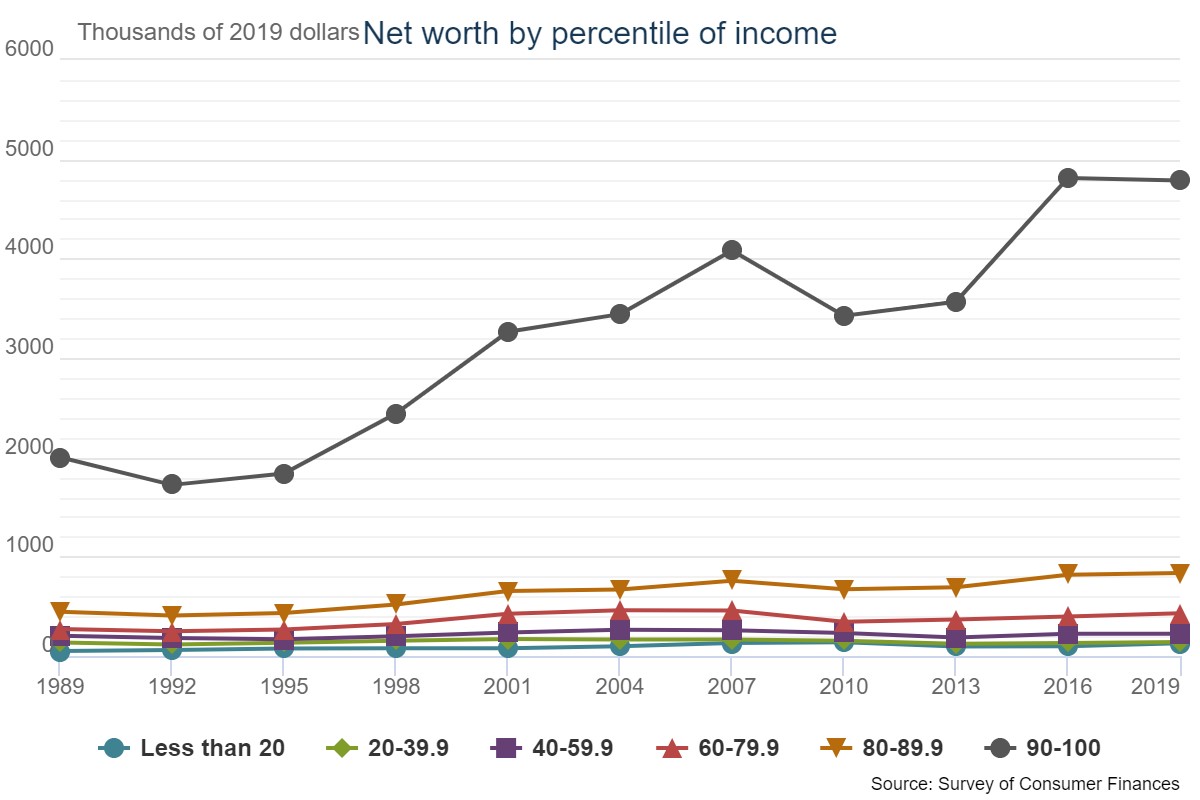 END_OF_DOCUMENT_TOKEN_TO_BE_REPLACED

Re-Blogged From The Economist (from 2007)

In DANTE’S “Divine Comedy”, usurers are consigned to a flaming desert of sand within the seventh circle of hell. Attitudes have since softened a bit. Microcreditors, who offer small loans to self-employed poor people, enjoy hallowed reputations. One has even ascended to the rank of a Nobel laureate. But lending to the poor is still considered distasteful whenever it is pricey, short-term and profitable. In America, for example, many activists are quick to damn “payday” lenders, who may charge high fees for offering cash advances on a worker’s next pay cheque.

Why this hostility? To profit from lending to the poor, critics say, is to prey on the most vulnerable, at their most vulnerable moment. Faced with desperate customers, loan sharks can charge well over the odds, even when the risk of default is slight. The money they proffer is often squandered on spurious consumption, critics say, rather than productive investments that would help the borrower repay his debts. Easy credit thus tempts people into a damaging spiral of indebtedness.

END_OF_DOCUMENT_TOKEN_TO_BE_REPLACED

The push to raise the Minimum Wage refuses to die, both the Federal Rate and Rates in the various States. Supporters say that poor people need to earn enough to support themselves and their families, and nobody – certainly not I – can argue with that sentiment.

However, I think that it is valid to explore the actual effects of a Minimum Wage hike. I’d like to suggest three examples to consider in this quest – two may seem unrelated at first, while the third will use extreme numbers.

Example 1: Suppose you are considering the purchase of a new computer. In your locale, you find you have two choices. The first is a fully loaded, name brand PC with a selling price of $5000. The other choice is one assembled at a local shop to your specifications. For what you need, the price will be $1000.

The $5000 box is appealing, but your budget pushes you toward the $1000 option. Before you can make your purchase, the government (at whatever level) issues an order saying that “No computer may be sold for less than $4000.”

You still may opt for the lower cost choice, but relatively, the $5000 price is not so bad. Of course, your budget still is your budget, so you may just forget the purchase altogether.

Example 2: Your roof leaks. One contractor offers to repair your roof for $5000, while another will do only a full new roof, and the charge will be $50,000. Before you can choose, the government declares that roof work may not cost less than $40,000.

Once again, the law is discouraging the lower price option, while encouraging either the higher priced work or letting the leak continue.

Example 3: Putting food on the table, clothes on your back, and a roof overhead are serious needs. Nobody should have to make do with less than everything he desires. So, let’s raise the Minimum Wage to $100 an hour, so that every wage earner can afford to live in dignity. </sarc>

As it turns out, very few employment opportunities can repay the hiring business enough to be able to pay the $100 per hour tab. So, almost zero new jobs appear. Many previous tasks that people could do become automated. With less business competition, the few remaining companies are able to raise their prices to offset the higher Minimum Wage.

Existing jobs also are affected by the same burden of $100 per hour wages. Many (most?) existing jobs disappear and unemployment goes up. Jobs are traded in for automation where possible.

The net effect is that a few businesses, and a few people, benefit from the new $100 Minimum Wage. However, the business must pay more, many people become unemployed, consumers must pay more, and taxpayers now must support a larger population of out-of-work people.

So, how do these three examples apply to a raise only to $15 over several years? It’s all the same!

So, why would anybody support this nonsense?

As it turns out, Democrats are favored by several voting blocs, two of which are unions and poor people. We’ve seen that higher wage earners benefit from reduced competition, and indeed, unions are the driving force behind the push for a higher Minimum Wage.

Poor people will be hurt as their already high unemployment rate becomes even higher due to a higher Minimum Wage. But the socialist left which makes up the majority of the Democrats are telling the poor that they’ll get paid more – and yes, those who do get new jobs (and those not being fired from current jobs) will be helped.

But, the socialist left is committing a lie of omission by not telling the poor how the higher Minimum Wage will hurt them.

The Democrats had to choose between two constituencies – unions and the poor. They’ve made their choice and have thrown the poor under the bus. They’ve covered it up with the lie that they’re helping the poor. 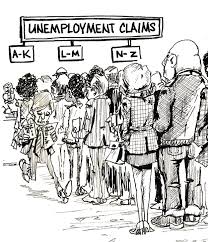 It’s not like the ill effects of raising the Minimum Wage have been kept a secret. Anybody with average intelligence who has seen the kinds of examples I’ve laid out can understand the concept.

To me, the Democrats (and not a few Republican socialists) are doing evil. They are stabbing the poor in the back and then bragging how their stupid policies are helping the poor.