In the non-active October gold Comex contract, longs totalling 25,165 contracts have been delivered with a further 7,423 to go. Assuming the rest are delivered, it amounts to over 101 tonnes. For the bullion banks, having Comex speculators standing for delivery especially in the non-active months is unwelcome. They will be eyeing December, the next active contract which expires in only seven weeks’ time, with trepidation. For the fact is that while the bullion banks can print paper gold as much as they wish, the physical that underpins all this paper is increasingly scarce. 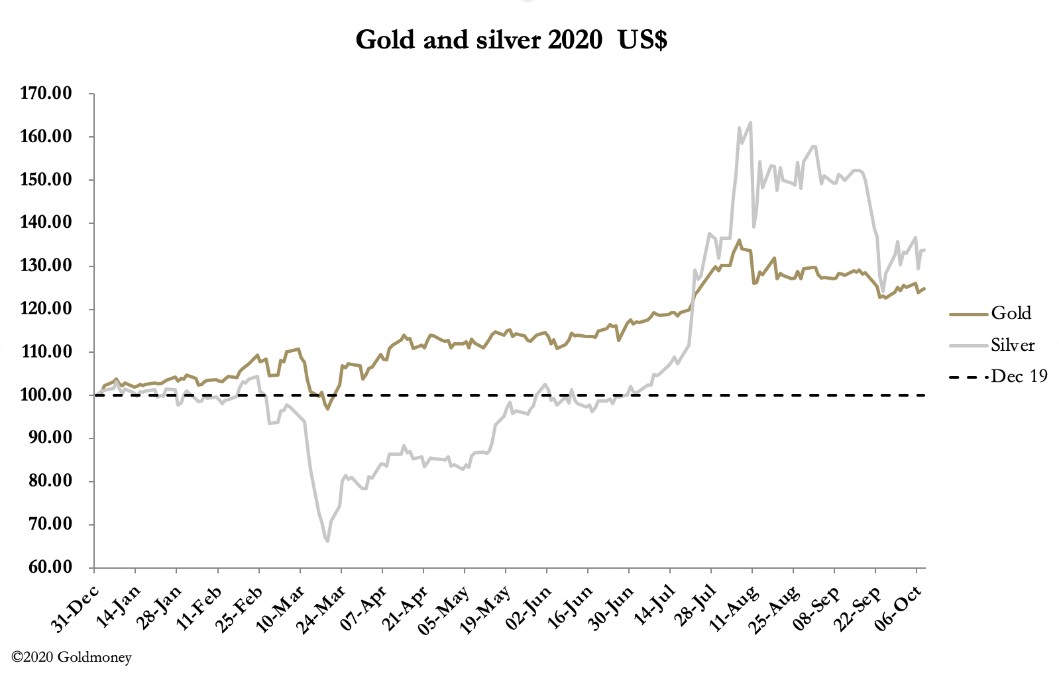 END_OF_DOCUMENT_TOKEN_TO_BE_REPLACED

A major uncertainty in figuring out how much of recent warming has been human-caused is knowing how much nature has caused. The IPCC is quite sure that nature is responsible for less than half of the warming since the mid-1900s, but politicians, activists, and various green energy pundits go even further, behaving as if warming is 100% human-caused.

The fact is we really don’t understand the causes of natural climate change on the time scale of an individual lifetime, although theories abound. For example, there is plenty of evidence that the Little Ice Age was real, and so some of the warming over the last 150 years (especially prior to 1940) was natural — but how much?

The answer makes as huge difference to energy policy. If global warming is only 50% as large as is predicted by the IPCC (which would make it only 20% of the problem portrayed by the media and politicians), then the immense cost of renewable energy can be avoided until we have new cost-competitive energy technologies.

END_OF_DOCUMENT_TOKEN_TO_BE_REPLACED

By Jeff Clark – Re-Blogged From http://www.Silver-Phoenix500.com

For data wonks like me, the annual Yearbooks from various gold and silver consultancies make for fun reading. You can always find little gems about what’s going on in the markets, and sometimes you can spot changes in trends early on. Seeing a compelling chart, especially one that’s not been widely reported, is almost as exciting as seeing my wife in a short skirt on date night.

Well, I’ve got a series of charts for you that point to a silver trend that is so entrenched in its development, so inevitable in its outcome, so inescapable in its consequences that it comes as close as one can get to a guarantee. And once fully underway, it will have major implications for the silver price, along with the availability of investment metal.