By Jon Fingas – Re-Blogged From From Engadget

Germany is joining the ranks of those countries betting on “electric highways” to foster eco-friendly trucking. The country has started real-world tests of an eHighway system on a 3.1-mile stretch of the Autobahn between Frankfurt and Darmstadt, with an electric-diesel hybrid truck merging into everyday traffic while it received power from overhead cables to keep it from using its combustion engine. Earlier tests in the country relied on either slow nighttime tests or the safety of an unused military airfield.

The very first eHighway launched in Sweden in 2016. The concept here is the same — the trucks use pantographs (the pickps on their roofs) to latch on to the overhead cables and draw electricity. Trucks can feed electricity into the grid when they brake, making the system particularly useful if there’s ever a jam. 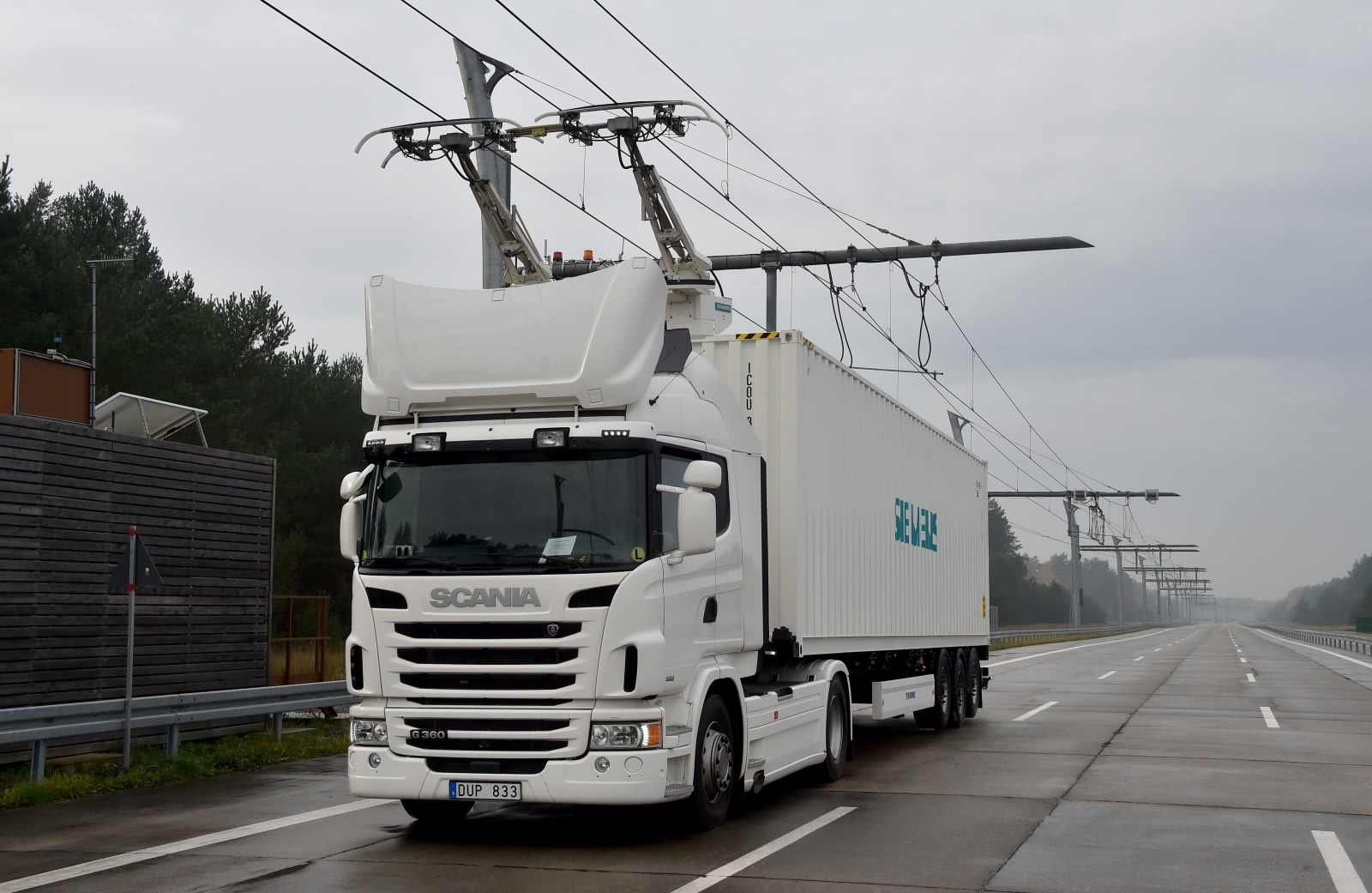 END_OF_DOCUMENT_TOKEN_TO_BE_REPLACED

I had occasion to view a couple of Cass Trucking Index graphs, both for shipments (the physical volume) and for expenditures. Interestingly, the number of shipments in 2015 is almost dead flat compared to 1999.

Since US population has increased by over 15% during that time, from 279 Million to 322 Million today, I would have expected a similar rise in shipments.

Of course, 1999 was before the Bubble burst, while today we have anything but a robust Economy. Even so, with our political leaders trumpeting all the strides they have made to get the Economy back on the right track, dead even compared to 15% higher betrays an Economy that still is worse off than 16 years ago.

END_OF_DOCUMENT_TOKEN_TO_BE_REPLACED

I’ve excerpted an article below, showing that, while the US Economy nominally grew from a GDP of $13.8 Trillion to $17.4 Trillion, the US Trucking Industry diesel consumption fell from 4.3 million barrels per day to 3.8 million barrels from 2007 to 2014, and it had nothing to do with gas mileage.

For GDP to have grown 26%, while trucking fell over 10%, seems to be a big disconnect to me. All else being equal (never) it would appear that GDP growth was all due to 4.5% inflation above what the government number crunchers are telling us.

As a secondary note, I see in the chart below that Trucking Fuel Efficiency fell off a cliff between 1965 and 1970 – from 7.8 to 5.5 miles per gallon. Does anybody out there know why?