PHYSICS The cold, famine and unrest in ancient Rome and Egypt after the assassination of Julius Caesar in 44 BCE has long been shrouded in mystery. Now, an international team, including researchers from the University of Copenhagen, has found evidence suggesting that the megaeruption of an Alaskan volcano may be to blame.

Dark times befell upon the Mediterranean around the time of Julius Caesar’s assassination in 44 BCE. Written accounts describe the region as severely impacted by unusual cooling, failed harvests, famine and disease, all of which combined to contribute to the fall of the Roman Republic and Ptolemaic Kingdom. While researchers long suspected that a volcanic eruption was to blame, they were unable to pinpoint exactly where and when such an eruption might have occurred.

END_OF_DOCUMENT_TOKEN_TO_BE_REPLACED

It’s been a while since I played “Spot The Volcano”. The premise of the game is that the decrease in temperatures from volcanic eruptions is nowhere near as large as people claim. So I ask people to see if they can identify when a volcano erupted based on the temperature records of the time.

Now, I say that the main reason the temperature drop from volcanic eruptions is so small is that when we get a reduction in downwelling radiation from any cause, the equatorial oceans start to cool. When that happens the clouds form later in the day, allowing in more sunshine. And the net result is that any cooling from the volcanic eruption is mostly offset by the increase in incoming solar energy.

END_OF_DOCUMENT_TOKEN_TO_BE_REPLACED

The Katla volcano, hidden beneath the ice cap of Mýrdalsjökull glacier in Iceland, has historically erupted violently once every 40-80 years.  In-as-much as it’s last such eruption took place one hundred years ago, in 1918, Katla’s next eruption is long overdue.

AN ICE CAULDRON IN MÝRDALSJÖKULL Geothermal activity in the volcano’s caldera melts the glacier, creating cauldrons in the ice. Photo/Fréttablaðið

END_OF_DOCUMENT_TOKEN_TO_BE_REPLACED

Thousands of people are fleeing Bali’s Mount Agung precinct in eastern Indonesia, with the volcano threatening to erupt at any moment.

The warning was raised to the maximum level four on Friday night, which means a hazardous eruption is imminent for the first time in 54 years. This could happen within 24 hours.

Are you in Bali? Stay safe and send your news or pics to newstips@stuff.co.nz 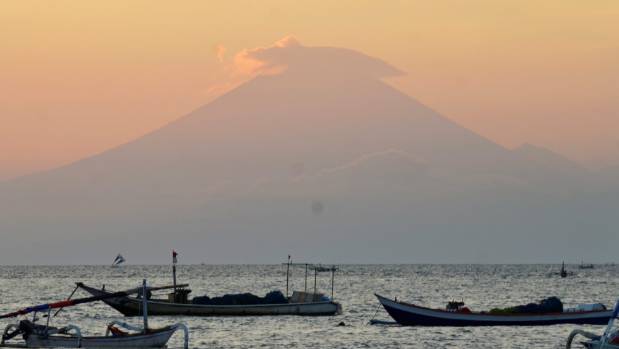