I recommend a recent article to you, “The Origin of Cycles,” by Alasdair Macleod. The author describes several characteristics of business cycles and some causes. It is well worth reading. I would like to add to his presentation.

Business Cycles have been identified for several hundred years. Adam Smith in his The Wealth of Nations (241 years go!) discussed the Pig Cycle. Farmers noticing that then current prices supported a nice profit over current costs, expanded their herds. But then the expanded supply some time later caused pig prices to fall, which encouraged some pig farmers to reduce their herds. Reduced future supply raised prices allowing the cycle to repeat every 3-5 years.

This kind of cycle can repeat for most products and is independent of whether a hard money such as Gold is in use or whether a fiat, paper money is the coin of the realm.

This is a one-step production process (excepting the distribution requirement). However, as technology has increased, more and more products require multiple steps, each of which is subject to cycles.

If you buy a washing machine, it may raise the average demand, and the machine maker might schedule higher production. As more motors are bought, higher motor production would follow, as would more wire production, refining, and mining.

The swings in production would tend to be greater the further upstream in the chain. This is a well known phenomenon – I read about it in the Harvard Business Review almost 50 years ago.

To be sure, the swings during the whole cycle offer challenges for the businesses and for their employees. As these ups and downs mesh in time with cycles in other industries, the entire Economy also will go through an apparent business cycle. This is normal and will occur regardless of what the money is and who controls it.

But now enter the banks with their fractional reserve banking system and the Central Bank (as the banks’ bank). Two forces now are introduced into the process. First, as new money is created, the value for thse new currency notes must come from a little value stolen from everyone else in society. 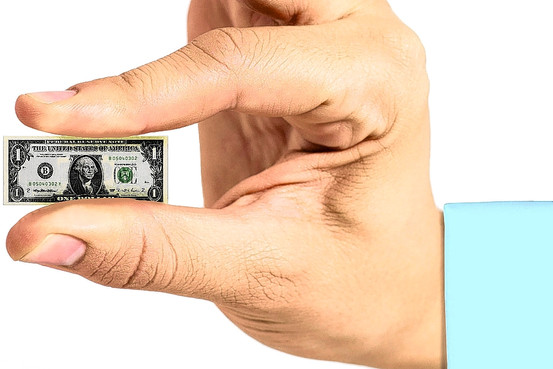 The value of the Dollar Bill in your wallet goes down, and you perceive this as rising prices. Where the improvement in technology would tend to lower the general price level over time, as more could be produced for lower costs, Inflation of the money supply tends to raise prices. If new money creation is lower than technological improvements, then prices still will tend lower; if money printing is higher (the usual case) then prices will tend to go up. Please note that the value stolen is not just the price increase that you see, but also the price reduction you were cheated out of.

If new money creation were to continue at an unchanging rate, the effect on the general Business Cycle would not be noticeable. However, in the real world, the rate changes continuously – at the whim of policy makers. Interest rates go up, interest rates go down. Other money printings such as the several outbreaks of QE take place.

The artificially changing interest rate and availability of cash as credit add mightily to the normal ups and downs of the Business Cycle. While expansions and contractions of money printing are justified as either fighting unemployment or fighting inflation (price increases), these swings in policy exacerbate the swings in the Business Cycle.

It’s bad enough that the banks and Central Banks are stealing from all of us by legally counterfeiting new currency, but they also are causing the Economy to suffer through the jarring ups and downs of Inflation and Unemployment.

Now, understand that some extension of credit is normal in society. Credit Card companies for example facilitate trade by extending credit. But these are short term loans which are extinguished when you pay your credit card bill.

It is the longer term, ever increasing total of credit through new money creation which is the evil. We must rid our country of the Federal Reserve, America’s Central Bank, which institutionalizes the theft of value of our money and the increased swings of our Economy.

This will not eliminate the Business Cycle, but it will reduce the extent of the swings, it will leave more value in the private, productive sector of the Economy for more innovation, and it will reduce the business uncertainty in our Economy. Price swings and the highs of unemployment will be controlled. Now that’s real value!

2 thoughts on “Exacerbating the Business Cycle”