The shift from a premodern farming society to a modern industrialized society, for example, hinged on the increased participation of women in the workforce. Many nations today, such as Japan, face demographic decline or economic stagnation. And in order to maintain growth, these countries are being forced to combat the legal and social barriers that have kept women out of the workforce. Even in regions such as the Middle East and North Africa, where women have explicitly been prevented from participating in public life, governments are hoping to encourage growth by embracing reform efforts that incorporate women into their economies.

The Geopolitics of Postmodern Parenting

Jan. 3, 2018: The United States is unlikely to develop the political cohesion and will to adopt a social democratic model like Sweden’s to bring more women into the workforce and increase birthrates through federal policy. Instead, more progressive measures are likely to emerge at the corporate and state levels. California, New Jersey, Rhode Island and Massachusetts are the only U.S. states so far to provide paid parental leave. (Already, studies conducted in California and New Jersey have shown that the policies encourage more women to return to work instead of dropping out of the labor market.) Washington, D.C., will offer paid parental leave beginning in 2020, and legislation on the matter will take effect this year in New York. At the corporate level, U.S. tech companies such as Netflix, Etsy, Google, Amazon, Apple Inc., Adobe Systems Inc., Facebook and Twitter have set the trend for flexible leave policies. The companies, which tend to have younger people in management positions, see the need to retain valuable talent and have capitalized on tech’s relative freedom from so-called industry standards on how to handle parental leave.

March 8, 2018: It was the custom, culture and style for Iraqi women at the time, whether wealthy or poor, to cover up when outdoors and to relax when inside among family members. Girls in some families began the practice when they reached puberty, though by the time I visited Iraq in 1976, girls my age were wearing blue jeans and T-shirts instead, inside and out. My grandmother, on the other hand — a woman who emigrated from Esfahan, Iran, to Karbala, Iraq, in the 1920s — would have been mortified to leave home uncovered. So, too, were a majority of Iranian women in 1935 when Shah Mohammed Reza Pahlavi “emancipated” women and made it illegal to wear a chador, the Farsi name for an abaya, in public. In the years that followed the edict, some Iranian women refused to go out at all. When the Islamic Revolution of 1979 broke out some 40 years later, women clad in chadors took to the streets en masse demanding the shah’s ouster. Somehow the garment had become a symbol of national emancipation from dictatorship. Today, another clamor has erupted on the streets of Tehran — only this time, women are protesting the requirement to cover their hair that arose from the revolution.

Feb. 19, 2018: The announcement about female Saudi entrepreneurs being allowed to start businesses without male guardianships marks another step toward encouraging economic independence for women. Though women informally run businesses throughout the kingdom, they always run the risk of being punished by religious authorities, male guardians or rival businesses. Implementing the new change will help Saudi society shift away from the patron-dependent model that has long slowed women’s advancement. Details of the new proposal remain scarce, but the imperative of employing more women is clear: Female unemployment in the country is nearly double that of men.

Harassment: A Problem of Geostrategic Proportions

Nov. 29, 2017: The balance of forces in the war of the sexes is shifting decisively away from men. A premodern farming society could function only if women remained in the home, but a modern industrialized society is entirely different. The better it does at drawing women out of the home, the larger its pool of labor and talent and the more likely it is to prosper.

Sep. 14, 2017: The fate of the prisoners’ independent peers in the months ahead will be an important indicator of whether some strains of political Islam are truly falling out of favor in the kingdom — and whether, by extension, a more liberal social atmosphere is in the offing.

Play-by-Play: A Cultural Opening in Saudi Soccer and an Olympics Detente

Jan. 29, 2018: While the Saudi World Cup contenders left the league to sharpen their skills, another group was making its way into pro league stadiums for the first time: Saudi women. On Jan. 12, as Al-Ahli trounced Al-Batin 5-0 in Jeddah, women were allowed to watch a professional soccer match in person for the first time in the kingdom’s history. The change had been announced in October, as part of a slow but steady program of social reforms the country has taken under King Salman and Crown Prince Mohammed bin Salman. The soccer attendance policy for now applies only to stadiums in Riyadh, Jeddah and Dammam, and the women are restricted to certain “family sections.” The policy shift stands in stark contrast to the state of fandom in Iran, where women have long demanded access to sporting events, a privilege denied since the 1979 Islamic Revolution. The Iranian government has promised on more than one occasion to revisit the policy, but with the exception of an exception made for a men’s volleyball tournament, Iranian women remain (quite literally) on the outside.

The Geopolitics of Parental Leave

May 5, 2017: I recently returned from maternity leave; my son is all too rapidly approaching the half-year mark. The fact that I received paid time off, additional parental leave and flexible hours upon my return puts me among the lucky minority. The debate about parental leave in the United States is a fierce one. Unlike the vast majority of its peers in the developed world, the U.S. does not guarantee paid time off after the birth of a child. And even still, my few months away from the workforce pale in comparison to what many European nations offer. It is easy, for an issue that is so innately personal, to get caught up in the emotion of it all. But what we do here at Stratfor often requires a less impassioned approach. The global demographic crunch is a key theme we monitor, assessing the geopolitical constraints and motivations of different nations. How could changing parental leave policies in the United States or elsewhere in the world shift workforce productivity? Where is there the political will to do so? 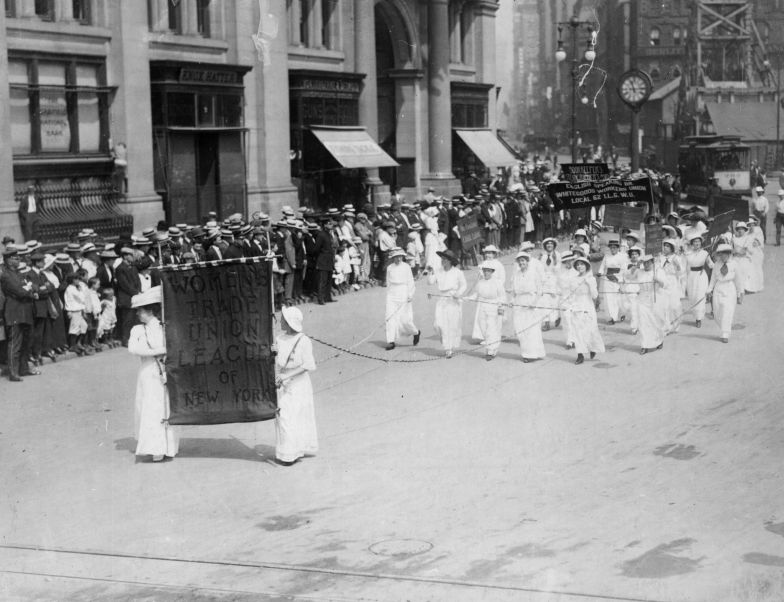 Suffragettes carry the banner of the Women’s Trade Union League of New York on a Labor Day Parade through the city in 1913. 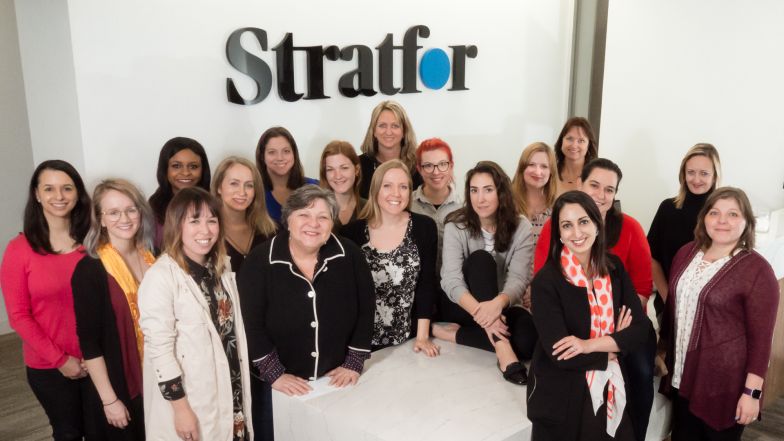 The Women of Stratfor