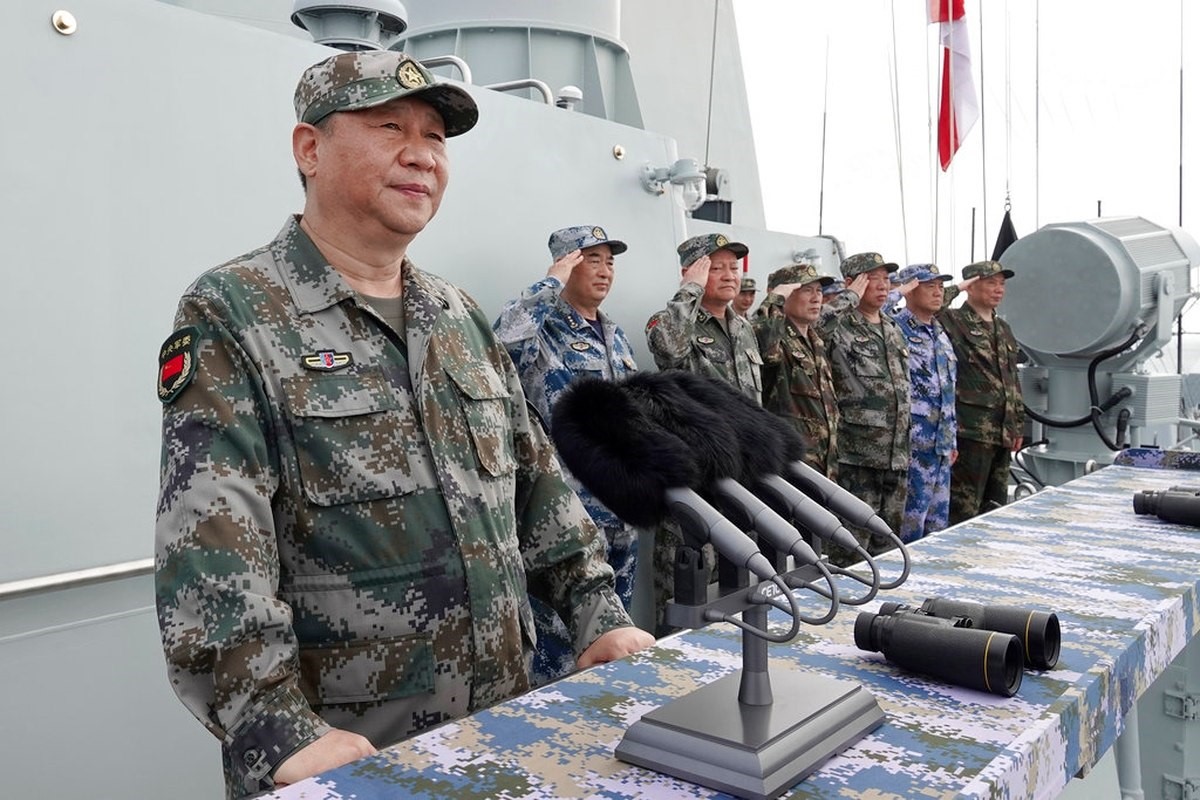 The World’s Most Dangerous Hotspot

By Jim Rickards for the Daily Reckoning

I have warned repeatedly that currency wars and trade wars can lead to shooting wars. Both history and analysis support this thesis.

Currency wars do not exist all the time; they arise under certain conditions and persist until there is either systemic reform or systemic collapse. The conditions that give rise to currency wars are too much debt and too little growth.

In those circumstances, countries try to steal growth from trading partners by cheapening their currencies to promote exports and create export-related jobs.

The problem with currency wars is that they are zero-sum or negative-sum games. It is true that countries can obtain short-term relief by cheapening their currencies, but sooner than later, their trading partners also cheapen their currencies to regain the export advantage.

This process of tit-for-tat devaluations feeds on itself with the pendulum of short-term trade advantage swinging back and forth and no one getting any further ahead.

After a few years, the futility of currency wars becomes apparent, and countries resort to trade wars. This consists of punitive tariffs, export subsidies and nontariff barriers to trade.

The dynamic is the same as in a currency war. The first country to impose tariffs gets a short-term advantage, but retaliation is not long in coming and the initial advantage is eliminated as trading partners impose tariffs in response.

Despite the illusion of short-term advantage, in the long-run everyone is worse off. The original condition of too much debt and too little growth never goes away.

Finally, tensions rise, rival blocs are formed and a shooting war begins. The shooting wars often have a not-so-hidden economic grievance or rationale behind them.

Meanwhile, a global trade war emerged after the Smoot-Hawley tariffs (1930) and comparable tariffs of trading partners of the U.S.

Eventually, the world was engulfed in the flames of World War II, and the international monetary system came to a complete collapse until the Bretton Woods Conference in 1944.

Is this pattern repressing itself today?

Sadly, the answer appears to be yes. The new currency war began in January 2010 with efforts of the Obama administration to promote U.S. growth with a weak dollar. By August 2011, the U.S. dollar reached an all-time low on the Fed’s broad real index.

Other nations retaliated, and the period of the “cheap dollar” was followed by the “cheap euro” and “cheap yuan” after 2012.

Once again, currency wars proved to be a dead end.

Now the trade wars are well underway. They may be set to resume once the current “truce” between the U.S. and China expires on March 1. If no deal is reached, massive new tariffs will likely take effect.

But the biggest question now is if a shooting war will follow.

There’s little doubt that the most dangerous place in the world today in terms of potential war has been the South China Sea.

I have written frequently about possible confrontations between the U.S. and China in the South China Sea. International law recognizes claims of six separate nations to parts of that sea, and the U.S. is treaty partners with one of them (the Philippines).

China claims the entire sea (except for a narrow shoreline stretch near each surrounding country). China is claiming control based on ancient imperial arrangements and argues that the West and its South Asian allies “stole” the territory from them.

China has aggressively built up man-made islands in the area by dredging sand onto rocks and atolls. These islands are then being fortified with airstrips, anti-aircraft weapons and surveillance technology.

But both the ancient claims and the theft narrative are open to serious dispute. The U.S. and the other nations involved reject those claims and insist on rights of passage and free navigation and sharing of natural resources such as oil, natural gas, undersea mining and seafood among others.

The U.S. and its allies, including Japan and the U.K., have sent naval vessels to cruise waters claimed by China and to uphold rights of passage and their status as open waters.

But the South China Sea is not the only body of water where the conflicts and risks exist.

An even greater potential conflict lies in the Strait of Taiwan, which separates the island of Formosa from the mainland of Red China. China claims Taiwan as a “breakaway province” and part of China. The Taiwanese government claims that it is the lawful government of all of China, although there is a strong independence movement there also.

Two U.S. warships recently passed through the strait as a reaffirmation of rights of free passage and a show of support for Taiwan.

China regards the passage of U.S. vessels as highly provocative and has threatened to block such transits with force. The South China Sea is a problem, but the Taiwan Strait is viewed in existential terms by China.

The entire situation is like a powder keg waiting for the match to light it. The risks include not only intentional combat but accidental shootings and collisions, which are not uncommon at sea, especially when two vessels are shadowing each other.

In fact, the greatest risk might not be an outright attack by either side but an accident or miscommunication that escalates into a firefight. We cannot avoid the real possibility that conflicting naval activities in both bodies of water will result in a violent incident or even war. And once an incident occurs, it could set off a chain of escalation that could result in open warfare.

Trump is not someone to back down when it comes to American interests around the world, and Chinese leadership does not want to appear weak before the U.S.

That’s especially true at a time of great economic uncertainty. Communist Party leadership is desperate to maintain the support of the people, or else it risks losing the “mandate of heaven.”

China does not want war at this time. But diverting the people’s attention away from domestic problems toward a foreign foe is an old trick leaders use to unite the people in times of uncertainty. Rallying the people around the flag is a tried and true method to garner support.

If China’s leadership decides that the risk of losing legitimacy at home outweighs the risk of conflict with the United States, the likelihood of war rises dramatically.

I’m not predicting it, but wars have started over less. Currency wars, trade wars, finally shooting wars. We’re currently two-thirds of the way there.

And as Mick Jagger sang, a U.S.-China shooting war is “just a shot away.”