In my first Premium Post back in January, “2019 Economic Headwinds Look Like Storm of the Century,” I laid out sixteen major headwinds that would be howling against the economy this year. One of those was the government debt, which I said was about to skyrocket:

If you thought the government deficit exploded last year when taxes were cut and spending was increased, wait until you see how bad it looks this year…. Even in 2018, we saw GDP decline after the second quarter, so the idea that the stimulus effect of tax breaks will start to pay for those tax breaks is an idea that went bust after the second quarter. The fourth quarter is actually expected to come in no better than an average OBAMA quarter! “ 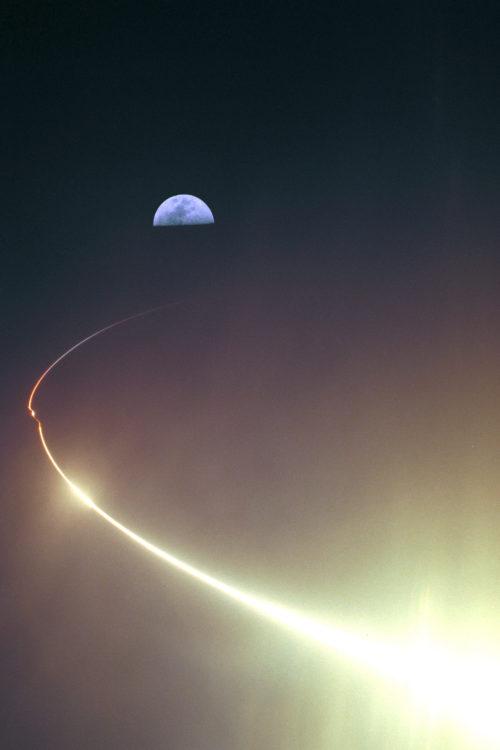 And, so, the fourth quarter did come in no better than an average Obama quarter, and today we got to see just how bad the deficit did explode as a result. The US Treasury reported a total blow-out in the government deficit. The first four months of the fiscal year lit up the afterburners, adding a 77% boost to last year’s massive deficit.

The budget deficit for the first four months of the fiscal year, widened to $310 billion, a whopping 77% higher than the $175.7 billion reported for the same period last year, largely the result of the revenue hit from Trump’s tax cuts and the increase in government spending…. The jump in the deficit was despite the bump in customs duties, which almost doubled to about $24.5 billion this fiscal year from $12.6 billion a year ago, reflecting the Trump administration’s tariffs on Chinese imports.

Here is a picture of just the revenue side of that equation: 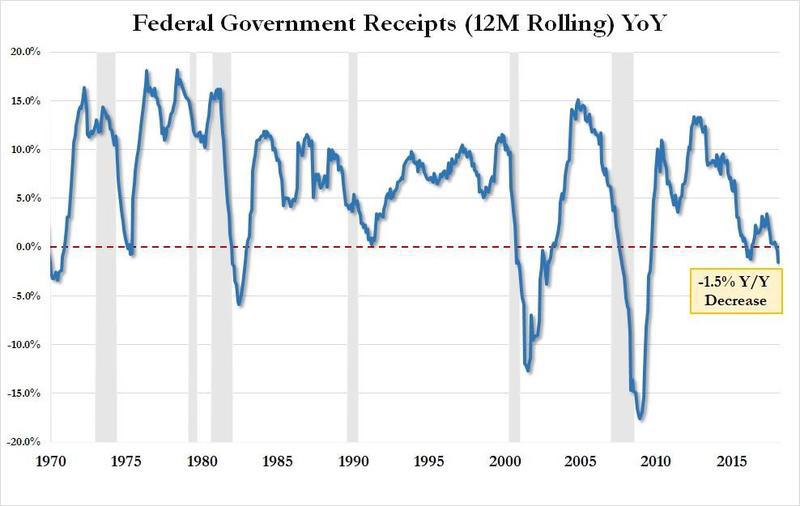 Unfortunately, since receipts are set to decline even more in the coming months, the overall budget deficit is set to widen further…. Some policy makers and economists are flagging concern about the growing debt burden, saying it risks America’s credit quality among borrowers….

I also predicted in that first Premium Post that all of this expanding debt would create a chain reaction in the government’s interest payments:

That [deficit] … will snowball for the government as the rising interest costs also make each new round of bond issues larger and harder.

To which concern ZH reports

Finally, and perhaps most concerning, is that for the first four months of this fiscal year, interest payments on the U.S. national debt hit $192 billion … 10% more than in the same four-month period last year and the most interest ever paid in the first third of the fiscal year…. interest on U.S. public debt is on track to reach a record $575 billion this fiscal year, more than the entire budget deficit in FY 2014 … or FY 2015 … and equates to 2.7% of estimated GDP…. Expect interest on the debt to keep rising, especially if the Fed reverts to its tightening trajectory, and hit $1 trillion per year in a few years, making it one of the biggest spending categories, and on pace to surpass total US defense spending (roughly $950BN per year) in dollar terms in just a few years.

Or, as I similarly concluded in my January post,

At some point, whether this year or next, it becomes an all-out storm because there is almost certainly no way to diffuse the problem.