Is it possible to have cash with negative rates?

There is talk about a war on cash to pave the way for negative interest rates. Negative interest rates and cash go not well together, at least so it seems. People may opt for cash when interest rates on bank accounts and government bonds are negative. In Europe many interest rates are already in negative territory but the central bank still promotes the use of cash. So is there a war on cash? At least not at the European Central Bank (ECB) it seems. Some ECB policy makers can even get a bit emotional about cash being the only real link between the central bank the people.1 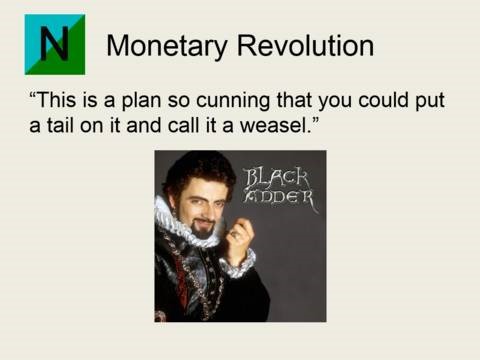 Dealing with cash is cumbersome for businesses and banks alike so they may prefer digital payments as it can bring down their costs. And more and more people prefer digital payments to cash. Older people might still prefer cash, but younger people often don’t. These probably are the real reasons why cash is used less and less. And the use of large amounts of cash is increasingly monitored by the authorities because it signals illegal and criminal activities.

Cash still has an important role. In the European Union it is mostly used in small transactions. An argument used for banning cash is that criminals make use of it. Indeed, criminals use cash but they also use mobile phones, and there are no calls for banning mobile phones.1 If cash didn’t exist, criminals would have other options like bitcoin or gold. And cash can still be used when networks and computer systems fail. It is therefore a back-up for existing payment systems.

• low economic growth
• deflation or monetary contraction
• excess capital or a lack of demand, hence absence of investment opportunities
• excess savings or a lack of borrowing
• trust in the currency
• low risk premium because of central banks not allowing the financial system to crash
• fiscal responsibility of governments
• trust in debtors

The problematic nature of usury and the dynamic that causes negative interest rates are discussed in more detail in the paper named The End Of Usury. It can be found using the following link: http://www.naturalmoney.org/endofusury.html

Yields on 30-year government bonds of several European countries with budget surpluses went below zero for the first time ever. Investors are gobbling up these bonds like candy even at these yields. There may be a link between negative interest rates and fiscal responsibility. Europe is held together by the Stability And Growth Pact that constrains government spending. Italy, a country that is considered to be in trouble, has a smaller deficit than the United States (2.1% of GDP compared to 3.9% of GDP in 2018). Even more telling is that the US deficit was 24% of federal income while Italy’s deficit was only 4.6% of government income.

Interest rates in Europe may soon go deeper into negative territory so cash can become an obstacle. People might prefer cash when other interest rates are negative. In Switzerland where there is a massive budget surplus and interest rates are the most negative, bank notes of 1,000 francs and safe deposit boxes are in short supply. Interest rates below -1% may cause monetary disruption as long as cash yields zero. And if fiscal responsibility is ever to be forced upon the United States, perhaps when the US dollar ceases to be the preferred reserve currency, the US might face the same predicament.

But there is good news. It is possible to have cash when interest rates are negative. Sadly for some policy makers at the ECB, this cash may need to be issued by the treasury. It can be backed by short term government loans. Making cash a loan to the government means that cash and digital money will become separate currencies and that there will be an exchange rate between them. Because of the negative interest rates on these loans treasury cash will slowly depreciate in terms of digital currency, but under conditions of deflation or monetary contraction treasury cash could keep its value relatively well.

Cash for negative interest rates is part of Natural Money, a comprehensive and ready-to-use solution for the financial system of the future. The paper Feasibility Of Interest-free Demurrage Currency explains how the financial system can be organised when interest rates are negative. It can be found using the following link:  http://www.naturalmoney.org/feasibility.html