Gold closed at its highest price since 2013.

Read: Silver Prices – The Next 5 Years 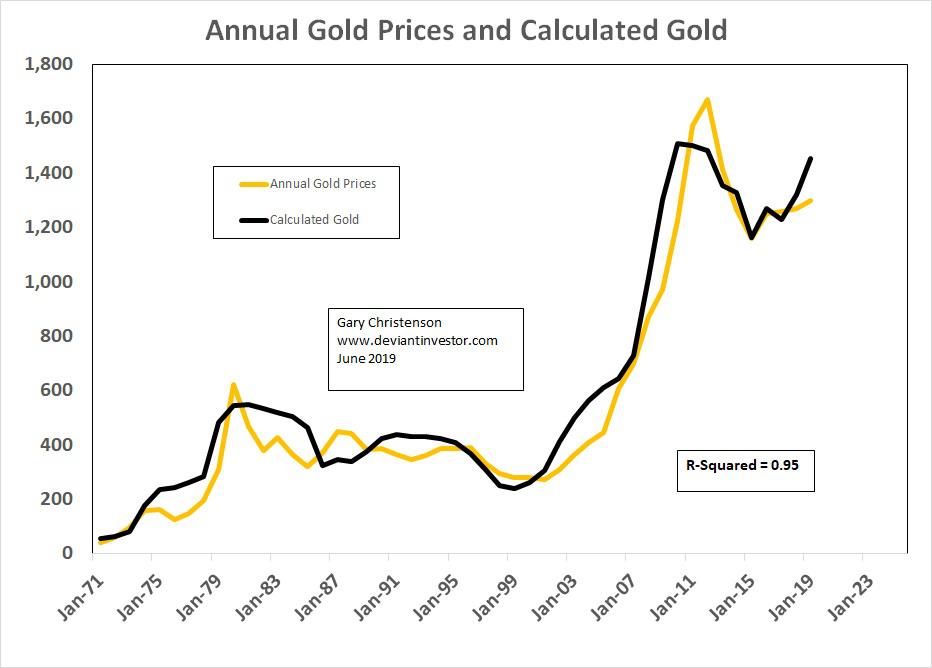 WHAT THIS GRAPH DOES NOT DO

WHAT THIS GRAPH DOES 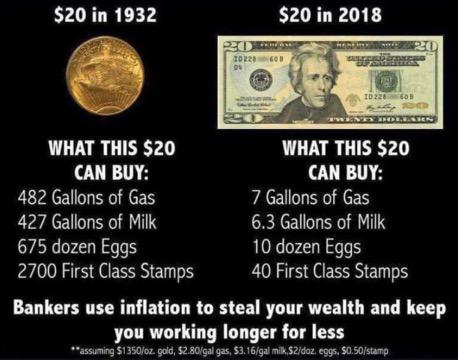 Examine the graph of gold prices and calculated gold prices for nearly five decades. Note that: 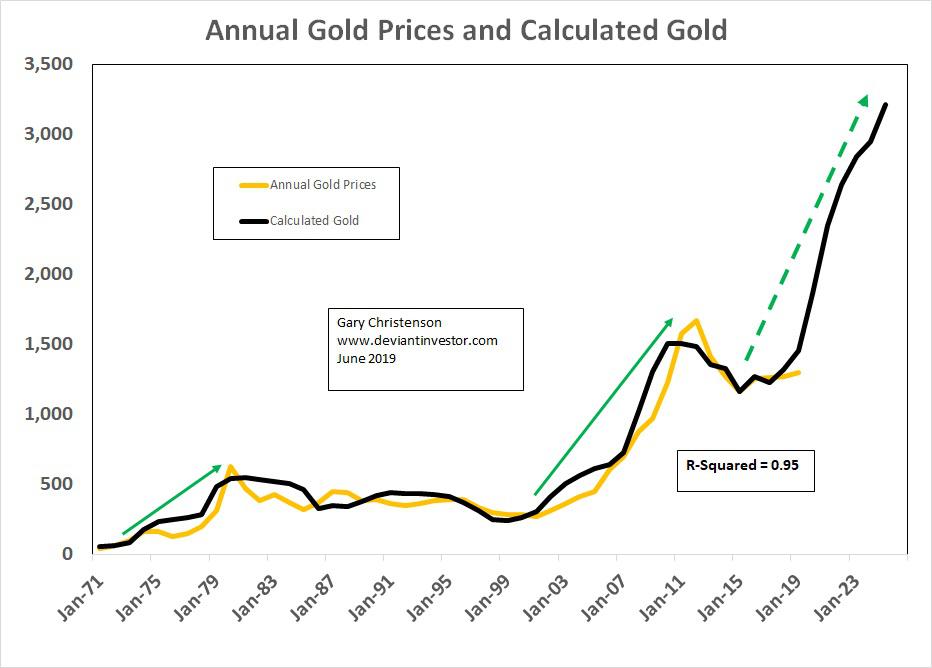 From an Interview with Chris Powell:

“I think the crashing point is where the Scottish economist Peter Millar puts it – where interest on debt starts going exponential and consuming the real economy. In a paper written in 2006 Millar wrote that fiat money systems based on debt require periodic currency devaluations to reduce the burden of interest payments. These devaluations require upward revaluation of the monetary metals and all real assets relative to debt and currency.

“Indeed, the U.S. economists and fund managers Paul Brodsky and Lee Quaintance speculated in 2012 that such a devaluation of currencies and upward revaluation of gold was already the long-term plan of central banks – that they were redistributing world gold reserves to allow countries with excessive U.S. dollar surpluses to hedge themselves against a dollar devaluation. The resulting upward revaluation of gold, Brodsky and Quaintance wrote, would reliquify central banking around the world.”

From “How the Fed Wrecks the Economy”

“The economy is loaded up with government, corporate and consumer debt. The stock markets have been juiced to record levels. We also see other asset bubbles in high-yield bonds, housing (again), and commercial real estate, along with a lot of other assets you don’t hear as much about – such as art and comic books.”

“The bottom line is that we can’t “fix” the economy by electing Republicans or Democrats. We can’t put the country on sound economic footing by tweaking this or that policy in Washington D.C. The only way to put the economy on a sound footing is to deal with the root cause of the problem — the Federal Reserve and its constant meddling.”[In the meantime, expect larger deficits and higher gold prices.]

“Politics is the art of looking for trouble, finding it everywhere, diagnosing it incorrectly and applying the wrong remedies.” [The results include massive deficits, unpayable debt, consumer price inflation and higher gold prices.]