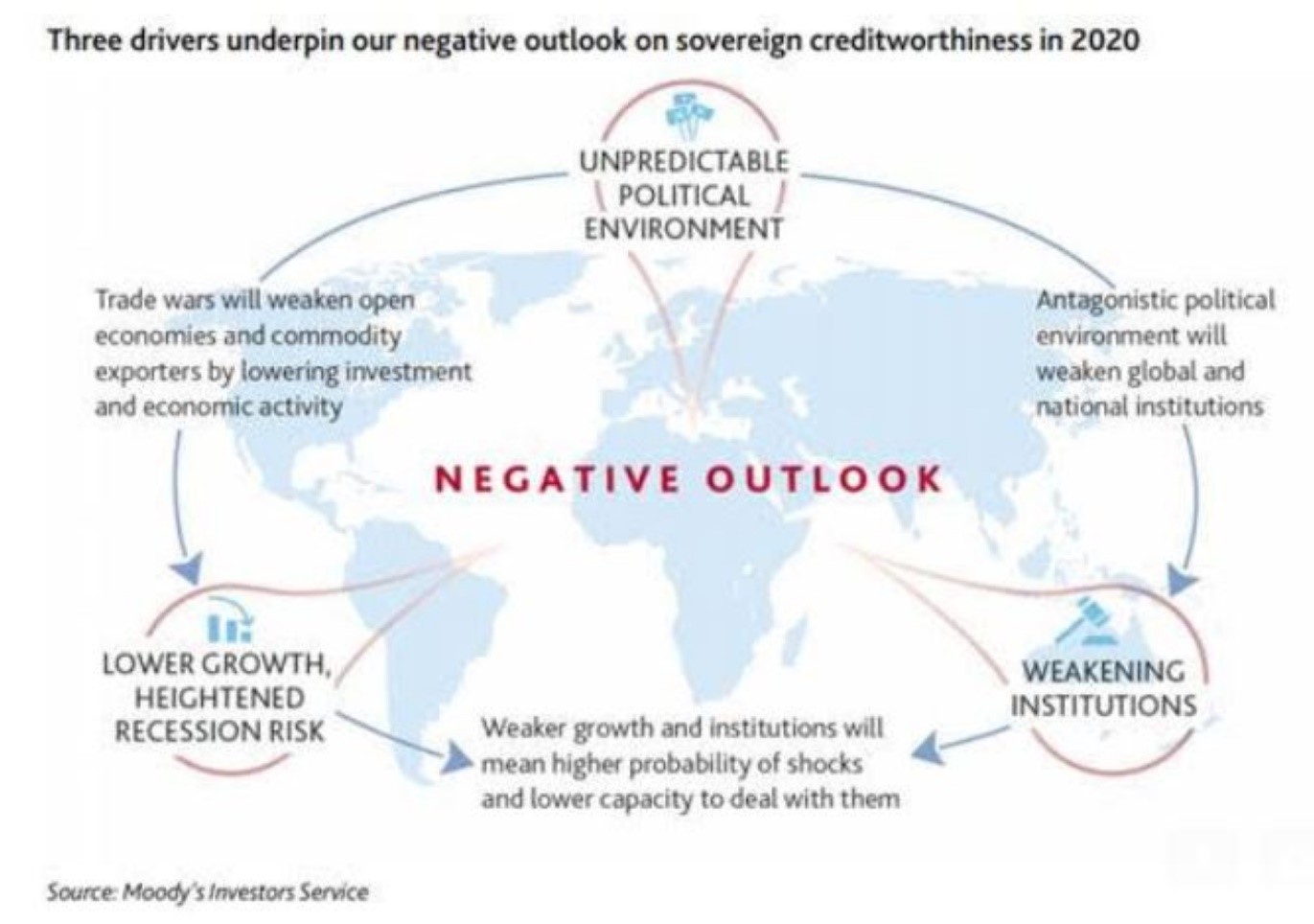 ◆ Moody’s said political and geopolitical turbulence is exacerbating a slowdown in national and global GDP growth, aggravating structural ‘bottlenecks’ centred on massive banking and sovereign debt and increasing the risk of economic or financial shocks

◆ Moody’s identified the emergence of influential “populist” movements and suggested this is undermining the effectiveness of domestic policy, weakening institutional strength and compounding social and governance risks

◆ “Overall, the global environment is becoming less predictable for the 142 sovereigns we rate, encompassing $63.2 trillion in debt outstanding,” according to the report