Gore issued his warning in a speech to Harvard University students and faculty Wednesday, stressing “reason” and “rational debate,” indeed democracy itself, were under threat from the “ideology of authoritarianism.”

Science “is now being slandered as a conspiracy based on a hoax,” Gore said, likely referring to a 2012 Trump tweet where he called man-made global warming a “Chinese hoax.”

END_OF_DOCUMENT_TOKEN_TO_BE_REPLACED

How Al Gore Distorts Climate Science and Energy Policy – Al Gore has provided a target-rich environment of deceptions in his new movie.

After viewing Gore’s most recent movie, An Inconvenient Sequel: Truth to Power, and after reading the book version of the movie, I was more than a little astounded. The new movie and book are chock-full of bad science, bad policy, and factual errors.

So, I was inspired to do something about it. I’d like to announce my new e-book, entitled An Inconvenient Deception: How Al Gore Distorts Climate Science and Energy Policy, now available on Amazon.com.

END_OF_DOCUMENT_TOKEN_TO_BE_REPLACED

There are many deadly and disastrous stories associated with the deception that human CO2 is causing global warming. Some are more obscure than others, but no less deadly in the unnecessary damage and destruction they caused. One was the myth of what was called “Arab Spring.” It never occurred, but what happened was a result of ‘green’ policies based on non-existence science. Unintended consequences are the inevitable result of actions and must not be used to inhibit action and progress. However, there is a difference if the objective was based on evidence and provides benefits or was based on concocted evidence and was mostly detrimental.

I was on a radio program recently, when a listener called to ask who was responsible for more deaths than anyone in history. The word responsible is important because probably none of those most people identify, including Hitler, Stalin, and Mao Zedong, ever actually killed anyone themselves. Many people now realize that the list includes people society tend to glorify, such as Alfred Nobel, who was so mortified by the death and destruction of his invention that he created prizes for advancing knowledge, understanding, and peace.

END_OF_DOCUMENT_TOKEN_TO_BE_REPLACED

Maybe my first payment from Exxon for my climate views will arrive with the subpoena from the Attorney General (AG) of the Virgin Islands charging me under the Criminally Influenced and Corruptions Organizations Act (CICO) for trying to tell the truth. This is the Virgin Island’s version of the Racketeer Influenced and Corrupt Organizations Act (RICO). Most who contribute to WUWT, are included because at the public event,

END_OF_DOCUMENT_TOKEN_TO_BE_REPLACED

From CFACT – Re-Blogged From http://www.WattsUpWithThat.com 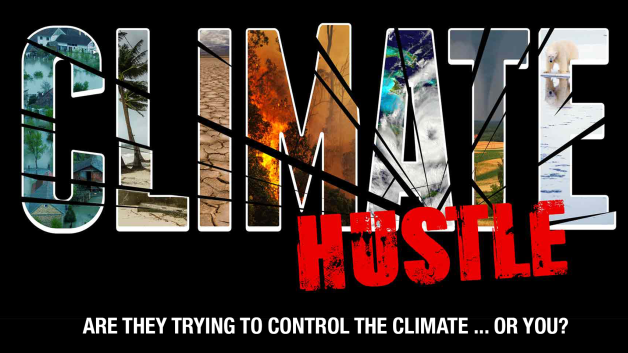 (Sorbonne, Paris) CFACT will hold the world premiere of its long-awaited Climate Hustle skeptical documentary film at an invitation-only red carpet event in Paris during the UN’s COP 21 international summit on climate change.

END_OF_DOCUMENT_TOKEN_TO_BE_REPLACED

Global warming is a forecasting problem. The claim of the IPCC and sympathetic alarmists is that if we don’t stop emitting carbon dioxide, the Earth will be dangerously warmer in the future. How can they know that?

To put it another way, given the state of knowledge, are the IPCC using forecasting methods that are known to provide accurate forecasts?

In order to draw attention to this question, Professor Scott Armstrong in 2007 challenged former Vice President Al Gore to a bet on what would happen to global average temperatures over the next 10 years. Mr. Gore was getting a lot of media coverage at the time for his claims that temperatures on planet Earth were at a “tipping point” due to human emissions of CO2. He nevertheless declined, on the grounds that he does not bet.

END_OF_DOCUMENT_TOKEN_TO_BE_REPLACED

The Washington Examiner headline says, “John Kerry calls climate change deniers members of ‘Flat Earth Society’.” It typifies all reports about US Secretary of State John Kerry’s head-on attack on scientists trying to practice properly skeptical science. I challenge John Kerry to produce a single person who studies climate who denies climate change. Apparently everybody, except John Kerry, knows that climate changes all the time, it always has and it always will.

In statements made to support his political agenda, Kerry manages to perpetuate a series of errors, myths and slurs. One is the claim Al Gore made before the US Senate in 2007 that the “science is settled” and the “debate is over.” Kerry said,