Skip to content
HomePosts tagged 'Control'
By David Haggith – Re-Blogged From Gold Eagle
Bill Gates, a plague and central banks have converged like the perfect storm to propel the US toward becoming a cashless society and toward using digital ID’s for all personal financial transactions. The coronavirus bound these forces together, compounded them with fear to overcome inertia, and is accelerating society down the digital-currency highway. 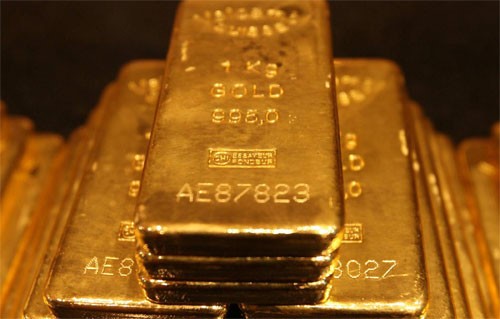 END_OF_DOCUMENT_TOKEN_TO_BE_REPLACED

Why is it that no one defends free markets, and socialism, despite all the evidence of its failures, comes back again and again? Unsurprisingly, the answer lies in politics, which have always led to a boom-bust cycle of collective behaviour. Furthering our understanding of this phenomenon is timely because the old advanced economies, burdened by a combination of existing and future debt, appear to be on the verge of an unhappily coordinated bust. But that does not automatically return us to the free markets some of us long for.

Throughout history there have been few long-lasting periods of truly free markets. Contemporary exceptions are confined to some small island states, forced to be entrepreneurial by their size and position vis-à-vis the larger nations with which they trade. The governments of these islands know that the state itself is not suited to entrepreneurship. Only by the state guarding the freedom of island markets and the sanctity of property rights can entrepreneurs serve the people in these communities and create wealth for all.

END_OF_DOCUMENT_TOKEN_TO_BE_REPLACED

[Not much doubt – the UGLY face of Socialism in the Democratic party. -Bob]

‘You are not going to be able…to have cost-effective, universal health care unless you change the system…’

(Lionel Parrott, Liberty Headlines) Democratic senator and presidential candidate Bernie Sanders (D-Vt.) isn’t backing down from his call to eliminate health insurance companies, according to an article from The Hill.

END_OF_DOCUMENT_TOKEN_TO_BE_REPLACED

Two recent events triggered the idea for this article. On the surface, they appear unconnected, but that is an indirect result of the original goal and methods of global warming science. We learned from Australian Dr, Jennifer Marohasy of another manipulation of the temperature record in an article titled “Data mangling: BoM’s Changes to Darwin’s Climate History are Not Logical.” The second involved the claim of final, conclusive evidence of Anthropogenic Global Warming ((AGW). The original article appeared in the journal Nature Climate Change. Because it is in this journal raises flags for me.

The publishers of the journal Nature created the journal. That journal published as much as it could to promote the deceptive science used for the untested AGW hypothesis. However, they were limited by the rules and procedures required for academic research and publications. This isn’t a problem if the issue of global warming was purely about science, but it never was. It was a political use of science for a political agenda from the start. The original article came from a group led by Ben Santer, a person with a long history of involvement in the AGW deception.