Federal authorities are turning to a new tactic in the escalating conflict over New York City’s sanctuary policies, issuing four “immigration subpoenas” to the city for information about inmates wanted for deportation.

“This is not a request — it’s a demand,” Henry Lucero, a senior U.S. Immigration and Customs Enforcement official, told The Associated Press. “This is a last resort for us. Dangerous criminals are being released every single day in New York.”

END_OF_DOCUMENT_TOKEN_TO_BE_REPLACED

By John Binder – Re-Blogged From Breitbart

Acting United States Citizenship and Immigration Services (USCIS) Director Ken Cuccinelli says the Immigration and Customs Enforcement (ICE) agency is ready to deport about a million illegal aliens who remain in the country despite having final orders for deportation.

During an interview with CBS News on Sunday, Cuccinelli said despite a delay of mass deportations by President Trump two weeks ago, ICE agents are ready to detain and deport the roughly one million illegal aliens who have been ordered deported from the country.

[ICE agents are] ready to just perform their mission which is to go and find and detain and then deport the approximately one million people who have final removal orders. They’ve been all the way through the due process and have final removal orders. Who among those will be targeted for this particular effort or not is really just information kept within ICE. [Emphasis added]

END_OF_DOCUMENT_TOKEN_TO_BE_REPLACED

PITTSBURGH (KDKA) — High winds continue to cause chaos across the East coast, and residents near Lake Erie are dealing with another problem caused by the winds, an ice tsunami.

Huge chunks of ice are being pushed off of the Niagara River, and onto lakeshore areas.

Incredible video posted to social media by the Niagara Parks Police Service shows the ice stacked up along Niagara River Parkway, and falling onto the roadway.

END_OF_DOCUMENT_TOKEN_TO_BE_REPLACED

As a result of a tweet by Steve McIntyre, I was made aware of an interesting dataset. This is a look by Vinther et al. at the last ~12,000 years of temperatures on the Greenland ice cap. The dataset is available here.

Figure 1 shows the full length of the data, along with the change in summer insolation at 75°N, the general location of the ice cores used to create the temperature dataset.

END_OF_DOCUMENT_TOKEN_TO_BE_REPLACED

From the American Association for the Advancement of Science! in America:

Ask medieval historian Michael McCormick what year was the worst to be alive, and he’s got an answer: “536.” Not 1349, when the Black Death wiped out half of Europe. Not 1918, when the flu killed 50 million to 100 million people, mostly young adults. But 536. In Europe, “It was the beginning of one of the worst periods to be alive, if not the worst year,” says McCormick, a historian and archaeologist who chairs the Harvard University Initiative for the Science of the Human Past.

END_OF_DOCUMENT_TOKEN_TO_BE_REPLACED

Last week I had the privilege of being invited to present a talk at a small conference of world experts in a variety of disciplines. The venue was spectacular, on the French Riviera, and we had an entire late-1800s hotel to ourselves, right on the Mediterranean. For me, it was a once-in-a-lifetime experience. I had the feeling that the organizers wanted the event to have a low profile, and so I won’t mention names.

END_OF_DOCUMENT_TOKEN_TO_BE_REPLACED

Farmers are suffering as the cold, wet spring has put a stunning halt to agriculture. Ice Age Farmer Report – 19 Apr 2018

Soil temperatures are below normal, and not conducive to planting yet. 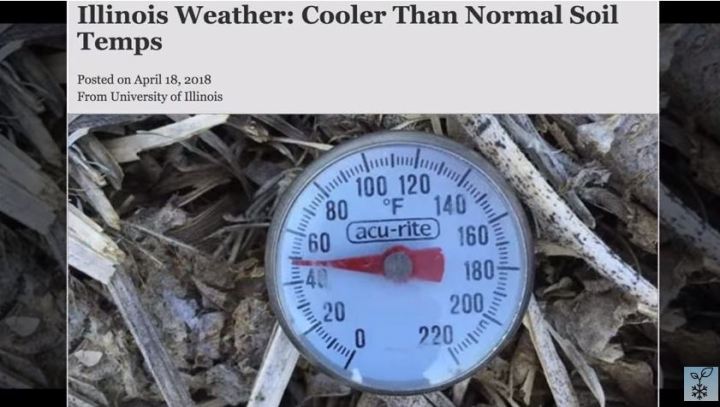 “Temperatures going down, greenhouses going up. Crop losses continue globally, and we must all be preparing for the times ahead.”

END_OF_DOCUMENT_TOKEN_TO_BE_REPLACED

By Ian Mason – Re-Blogged From Breitbart

Relying on both federal statutes and the U.S. Constitution’s Supremacy Clause, DOJ will ask the U.S. District Court for the District of Eastern California to issue a preliminary injunction blocking the enforcement of these laws intended to protect illegal aliens by preventing cooperation with federal immigration enforcement. DOJ will also seek declaratory judgement that these laws are unconstitutional – “preempted” by federal immigration law – when it files late Tuesday night.

END_OF_DOCUMENT_TOKEN_TO_BE_REPLACED

He implemented policies to support and defend illegal immigrants against U.S. laws.

President Donald Trump’s Secretary of Labor Alexander Acosta was appointed to correct the pro-illegal immigrant policies of his predecessor.

Powerline, a conservative blog, on Monday described how Acosta has refused to make any substantive changes at the Department of Labor.

END_OF_DOCUMENT_TOKEN_TO_BE_REPLACED

My wife Shenhui Lang found and translated an interesting article from 1973 that attempts the reconstruction of a climate record for China through several millennia (see attached).  The author is long dead (he died in 1974), and “China Daily” is now the name of an English language newspaper established only in 1981. I think it would be very difficult to even locate anyone holding the rights to the original, and very unlikely for anyone to take [copyright] issue with the publication of the English translation.

The paper is interesting in that it shows a correlation between height of the Norwegian snow line and temperature in China for the last 5000 years.

END_OF_DOCUMENT_TOKEN_TO_BE_REPLACED

Skepticism: In an essay titled “Be Skeptical of Those Who Treat Science as an Ideology” appearing in the Wall Street Journal, Dr. Sue Desmond-Hellmann discusses the difference between anti-science and skepticism, and the difference between denialism and skepticism. As an oncologist, faced with treating patients dying with cancer, Dr. Desmond-Hellmann recognized the importance of honesty and integrity in building trust with her patients. She writes: [Boldface added.]

END_OF_DOCUMENT_TOKEN_TO_BE_REPLACED

By Andy May – Re-Blogged From http://www.WattsUpWithThat.com

END_OF_DOCUMENT_TOKEN_TO_BE_REPLACED

TWTW: Due to other commitments requiring refraining from public comments that may be misconstrued as suggesting policy, this TWTW will be short and comments restrained. Responses to correspondence will be limited. Thank you.

Appropriate Science? Senator Sheldon Whitehouse and Representative Raul Grijalva have written to President Trump objecting to Ken Haapala’s unpaid, temporary position on the Department of Commerce transition, landing team. They correctly state Haapala has no advanced degree in natural sciences. Afterwards, the letter contains numerous errors, such as Haapala “has made a career out of denying the science behind climate change.”

Born in Massachusetts, immediately north of Senator Whitehouse’s home state of Rhode Island, Haapala learned in elementary school that many of the geographic features of New England and the northern US were formed by ice sheets and the subsequent melt. The last ice sheets began melting about 18,000 to 20,000 years ago, raising sea levels by about 120 meters (400 feet), as discussed in last week’s TWTW. Certain maps show deep canyons cut in the eastern continental shelf by rivers such as the St. Lawrence and the Hudson.