By Rick Mills – Re-Blogged From Ahead of the Herd

As a general rule, the most successful man in life is the man who has the best information

“Today the House of Representatives has taken an historic step toward continued prosperity in America, reform in China, and peace in the world. . . it will open new doors of trade for America and new hope for change in China.”

That was President Bill Clinton, commenting on the spring, 2000 vote in the US House of Representatives, to normalize relations with China. The vote was effectively a US endorsement of China joining the World Trade Organization (WTO), and confirmed the pro-accession stance of the White House.

END_OF_DOCUMENT_TOKEN_TO_BE_REPLACED

Behind one of China’s biggest industrial companies is a husband and wife team that reinvented how to make stainless steel.

The company founded by billionaire Xiang Guangda and He Xiuqin has transformed the stainless steel industry this century. Now, it’s upending the nickel market.

With cheaper production techniques, Xiang Guangda and his wife He Xiuqin helped change the industry in less than two decades — turning Tsingshan Holding Group Co. into a company that churns out a fifth of the world’s stainless steel and creating a billion-dollar fortune. Now it’s making waves in a different market: the London Metal Exchange.

END_OF_DOCUMENT_TOKEN_TO_BE_REPLACED

Near the beginning of the year, Goldman Sachs analyst Jeffrey Currie made the case that the macro backdrop right now favored commodities in 2018. With inflation pushing prices up and world economies borrowing record amounts of capital, it was the best time “in decades,” he said, for investors to have exposure to base metals, energy and other materials. 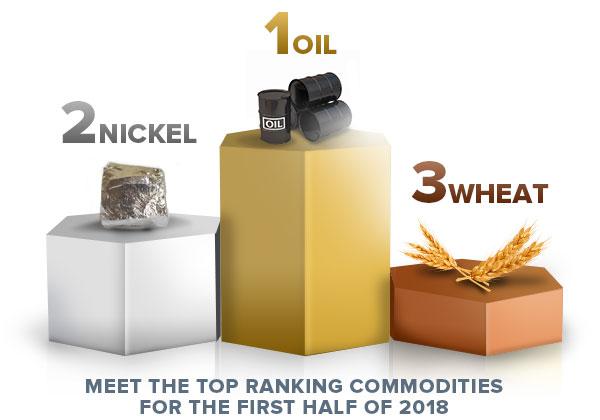 END_OF_DOCUMENT_TOKEN_TO_BE_REPLACED

By Rick Mills – Re-Blogged From http://www.Gold-Eagle.com

As a general rule, the most successful man in life is the man who has the best information

The global economy is booming again after years in the doldrums, commodities are back in a big way, and metals prices are for the most part, way up.

In our last article showing how commodities are the place to be in 2018, we looked at five drivers: inflation, the low dollar, economic growth, the relative undervalue of commodities versus other sectors, and tightness of supply. This article expands on the economic growth argument, and explains how commodity prices are being moved by a bevy of infrastructure projects around the world – all demanding “yuge”, as Donald Trump would say, amounts of metals.

END_OF_DOCUMENT_TOKEN_TO_BE_REPLACED

The move is on again to get rid of the Penny from US Government official coin production.

Sen John McCain s sponsoring the Bill because currently, it costs around 4 cents to make a Penny. This is even though Copper prices today are down significantly over recent highs. Besides, the Penny was gutted many years ago, leaving almost zero copper in the coin anyway.

I expect that this round of Penny Pinching will come to naught just as past efforts have. Prior efforts were fought vigorously – and successfully – by the Illinois delegations in Congress. Remember that Lincoln, whose face appears on the Penny, is a state hero in Illinois.

OK, so if we are not likely to stop losing money on minting Pennies by stopping the minting of Pennies, how else can we achieve this worthy (if not monumental) goal? As you might expect, I have a suggestion. 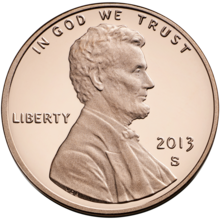