In Fed Chair Jerome Powell’s appearance before Congress on February 11th, formerly known as The Humphrey-Hawkins testimony, he asserted that the U.S. economy was, “In a very good place” and “There’s nothing about this expansion that is unstable or unsustainable.” But compare Powell’s sophomoric declaration to what Charlie Munger, Vice-Chairman of Berkshire Hathaway and Warren Buffett’s longtime right-hand-man, had to say about the market and the economy, “I think there are lots of troubles coming…there’s too much-wretched excess.”

Mr. Powell’s comments rival in ignorance with that of former Fed Chair Bernanke’s claim that the sub-prime mort crisis was contained. That is until the Great Recession wiped out 50% of stock valuations and over 30% of the real estate market. And of course, don’t forget about Fed Chairs Yellen and Powell’s contention that their Quantitative Tightening program would be like watching paint dry and run harmlessly in the background on autopilot. At least that was their belief until the junk bond market disintegrated and stocks went into freefall in the fall of 2018. Therefore, it should not be a surprise at all that the Fed doesn’t recognize the greatest financial bubble in history: the worldwide bond market mania. Perhaps this is because central banks created it in the first place and therefore didn’t want to take ownership of it.

END_OF_DOCUMENT_TOKEN_TO_BE_REPLACED

Share prices on the major US exchanges are hitting all-time highs at the same time that both the number and percentage of companies that do not make any money at all are rising.

According to the Wall Street Journal, the percentage of publicly-traded companies in the U.S. that have lost money over the past 12 months has jumped close to 40% of all listed corporations–its highest level since the NASDAQ bubble and outside of post-recession periods.

In fact, 74% of Initial Public Offerings in 2019 didn’t make any money as opposed to just 25% in 1990—matching the total of money-losing ventures that IPOED at the height of the 2000 Dotcom mania. The percentage of all listed companies that have lost money for the past three years in a row has surged close to 30%; this compares with just over 10% for the trailing three years in the late 1990s.

END_OF_DOCUMENT_TOKEN_TO_BE_REPLACED

By Rudi Fronk and Jim Anthony – Re-Blogged From Gold Eagle

In our view, gold investors should settle back with some popcorn and enjoy the coming fireworks, which will include the best gold bull market ever, with all the volatility that implies. We see new all-time highs just around the corner. The challenge is to take a position and stay the course. Central banks are about to pay for decades of bad policy and gold will reap the dividends.

Let’s be clear about one thing: the global economy is falling into a deep recession but it is NOT due to the U.S.-China trade war, and a resolution of that war, no matter what it is, will not avoid the inevitable. Inverted yield curves and an historic collapse in bond yields are the clearest message that markets can send on the economic outlook. The trade war does not explain why Europe and Japan have been on the brink of recession for more than a year. Nor will central bank easing prevent a recession when monetary conditions are already the loosest in 25 years. Central bank monetary policy is part of the problem, not the solution. In our view, the economy and the stock market are not going to be saved by trade deals and monetary policy.

END_OF_DOCUMENT_TOKEN_TO_BE_REPLACED

The Fed’s missteps and flip-flops this week tripped up multiple markets. After accidentally announcing their ammo is down to one last bullet against recession, can they be trusted to handle powerful weapons?

Given how the stock market is now trading on nothing but the Fed, it’s no surprise that its heart leaped instantly in the middle of the week when New York Fed President John Williams (a voting FOMC member) said the Fed should respond quickly to recessionary headwinds with its own rate cuts. 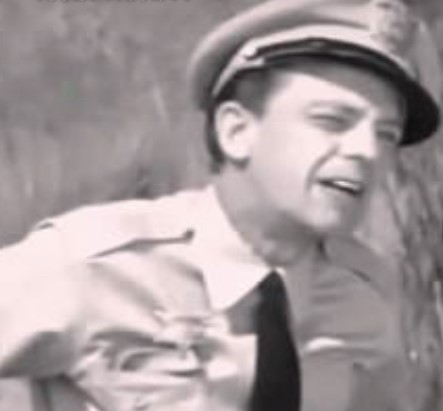 END_OF_DOCUMENT_TOKEN_TO_BE_REPLACED

Many people view the seven years of zero percent interest rates experienced in the United States between 2008 and 2015 as being safely in the past, with normal times having returned.

As explored in this analysis, so long as the business cycle of expansions and recessions has not been repealed – then we are highly likely to see a swift return to a potentially protracted bout of zero percent interest rates with the next major downturn in the economy.

Indeed, even the staff of the Federal Reserve itself expects more frequent episodes of zero percent interest rates in the future, and for those episodes to be on a more protracted basis.

END_OF_DOCUMENT_TOKEN_TO_BE_REPLACED

A quick recap of the past couple of months:

The politicians, bureaucrats and bankers who depend on artificially-elevated financial asset prices start to panic.

The Fed announces that maybe it won’t have to raise interest rates any more, and the president announces a truce in the trade war with China.

END_OF_DOCUMENT_TOKEN_TO_BE_REPLACED

Peter Schiff explained “What Happens Next.” This article takes his “likely sequence of events” and expands the discussion.